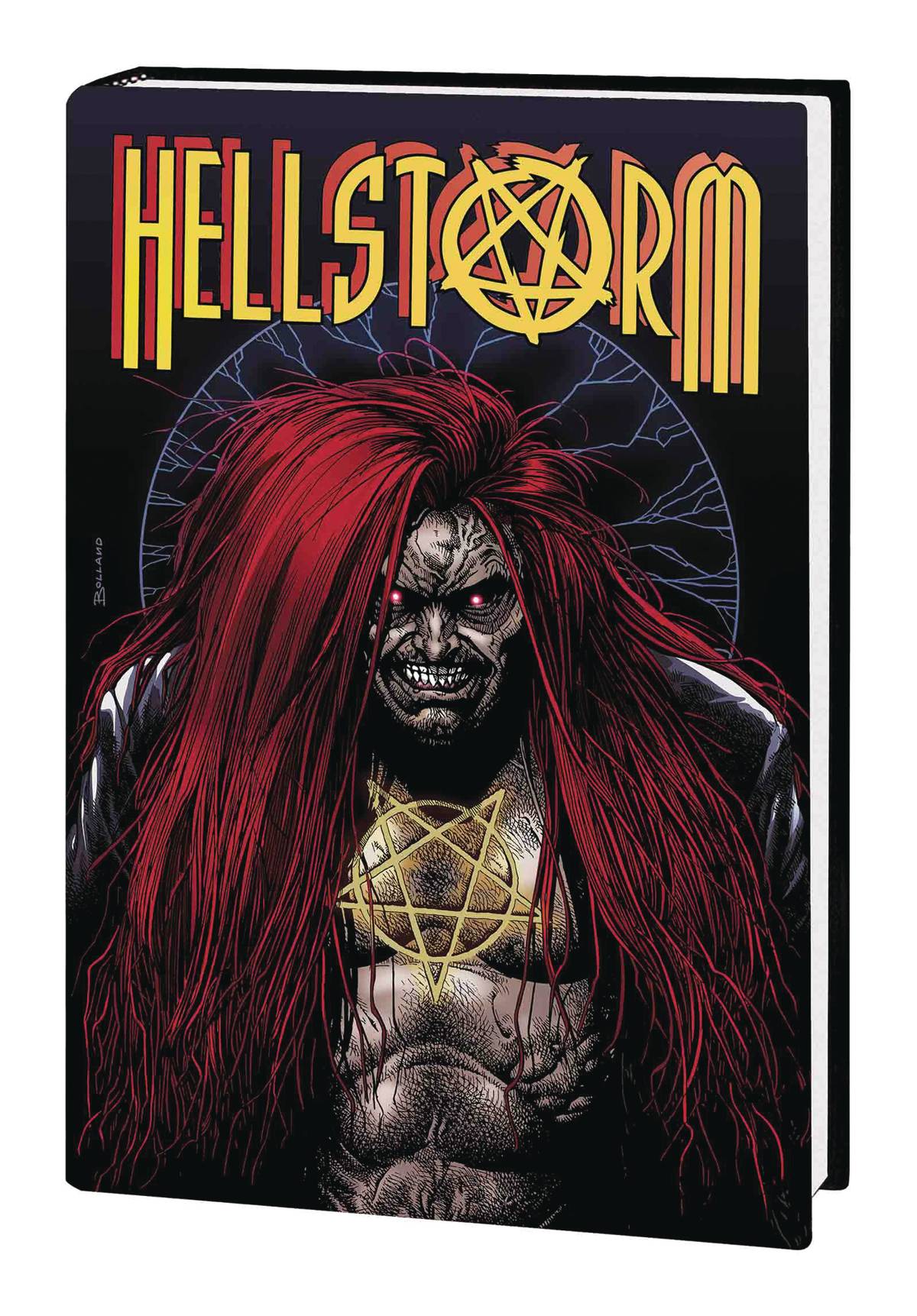 #
APR180843
(W) Warren Ellis (A) Leonardo Manco, Peter Gross, Derek Yaniger, Martin Chaplin (CA) Brian Bolland
In his first American Marvel comic, rising superstar Warren Ellis made one hell of a debut! Now, rediscover his edgy and unsettling tales of Daimon Hellstrom, the Son of Satan himself! Daimon is on the hunt of a serial magician murderer alongside his ally Isaac Christians, the Gargoyle. But who is Jaine Cutter, and what is her role in the delicate balance between Heaven and Hell? What terrible fate lies in store for Daimon's ex-wife, Patsy "Hellcat" Walker? And what happened to Daimon during his fateful confrontation with his demonic father? Ghosts, demons and things that go bump in the night all await - as does the truth about Satan himself! Plus: Ellis revamps the sorcerous Doctor Druid! Collecting HELLSTORM: PRINCE OF LIES #12-21 and DRUID #1-4.
Explicit Content
In Shops: Oct 03, 2018
SRP: $75.00
ORDER WISH LIST