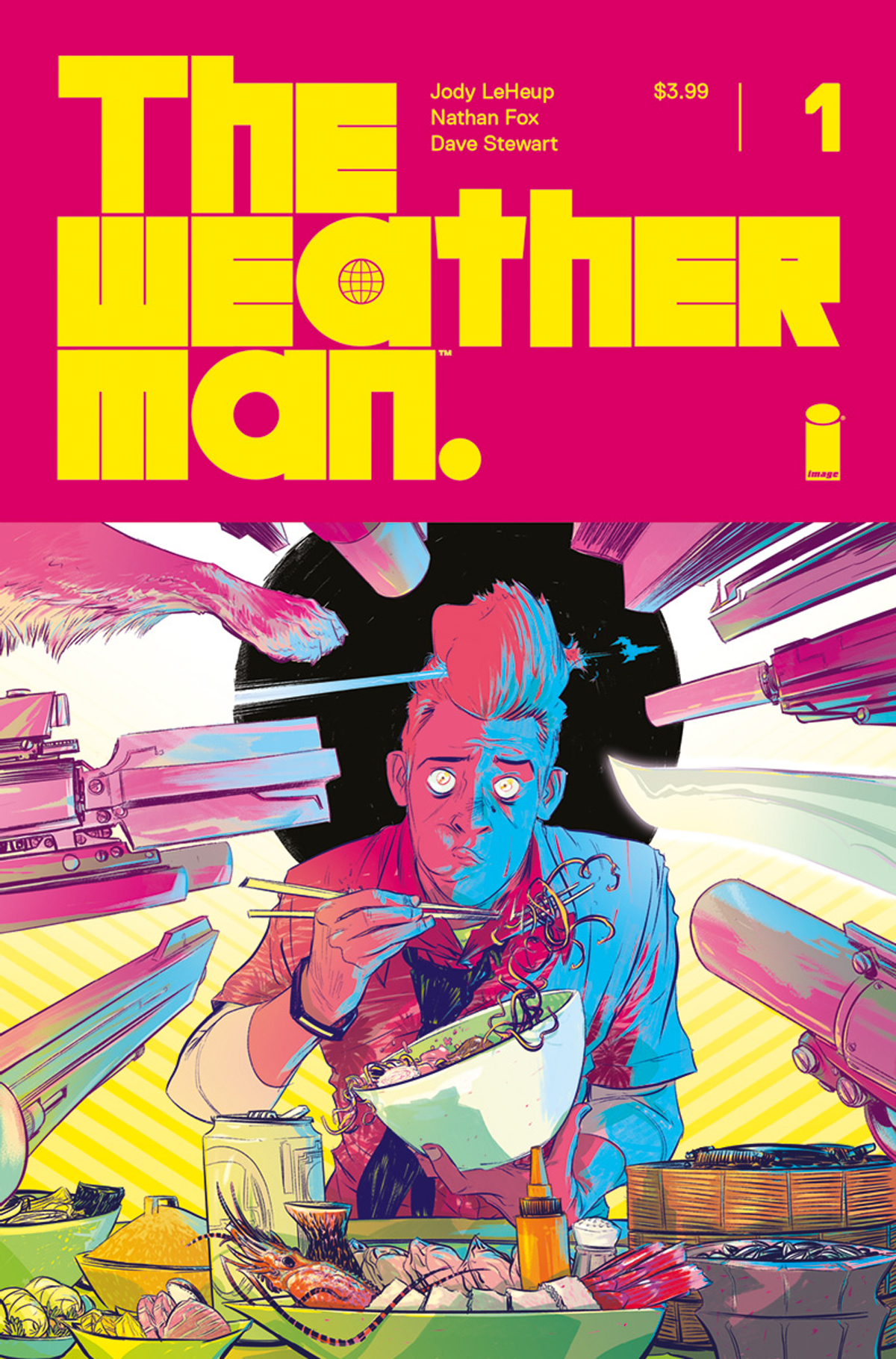 APR180464
(W) Jody LeHeup (A/CA) Nathan Fox
Nathan Bright had it all: an awesome girlfriend, a kickass dog, and a job as the number one weatherman on terraformed Mars. But when he's accused of carrying out the worst terrorist attack in human history-an event that wiped out nearly the entire population of Earth-Nathan becomes the most wanted man alive and a target of a manhunt that spans the galaxy. But is Nathan truly responsible for such a horrific crime? And why can't he remember?
Writer JODY LEHEUP (SHIRTLESS BEAR-FIGHTER!), artist NATHAN FOX (DMZ, HAUNT, Dark Reign: Zodiac), and colorist DAVE STEWART (Hellboy, RUMBLE) present a full-throttle, widescreen science fiction epic about the damage we do in the name of justice and what it truly means to be redeemed...You don't want to miss THE WEATHERMAN!
In Shops: Jun 13, 2018
SRP: $3.99
View All Items In This Series