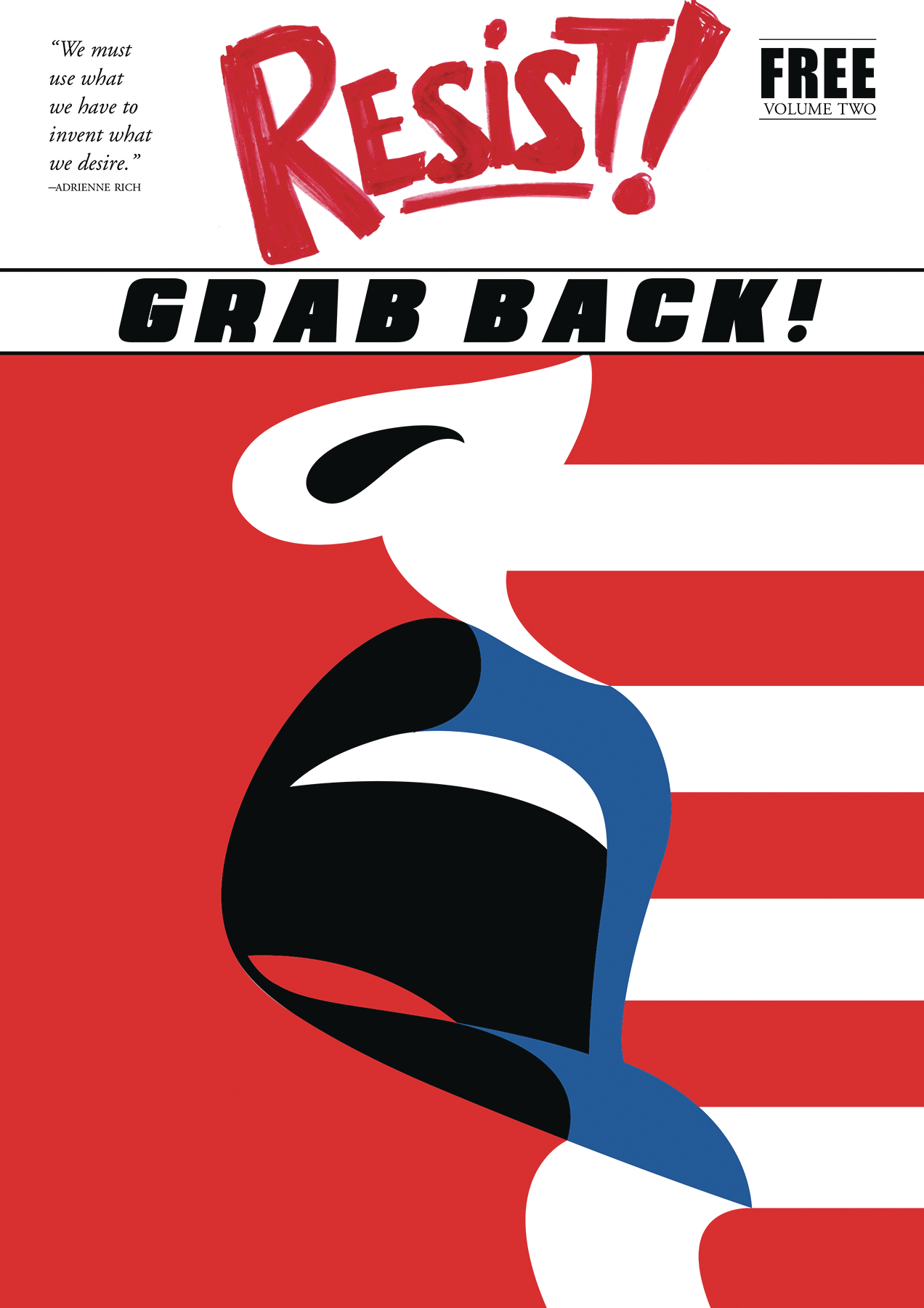 58,000 copies of the first issue of RESIST! were given away in January 2017 at the nation-wide women's march protests surrounding the inauguration. Now, with this, their second anthology, the mother-daughter editing team is creating a grass-roots model for celebrating our free press. Thanks to an outpouring of contributions from supporters, the thick 96-page comic-book size digest can be a free give-away in comic book stores, just in time to celebrate Independence Day. All moneys raised by store orders covers production, printing and distribution costs.

Diamond stores:
GET THE HOT BOOK OF THE SUMMER EARLY--limited supplies so order now!
To be released for JULY 4--organize a RESIST! party for INDEPENDENCE DAY!

Individual copies are only available otherwise for $20/piece on the RESIST! website, where the price for a box is $35. Stores participating in this SPECIAL DIAMOND RESIST! OFFER will be listed on the RESIST! website as supporters and pick-up points. On July 4th, the official release date, teachers, librarians, local activists, along with comics fans, will come seeking the issue.