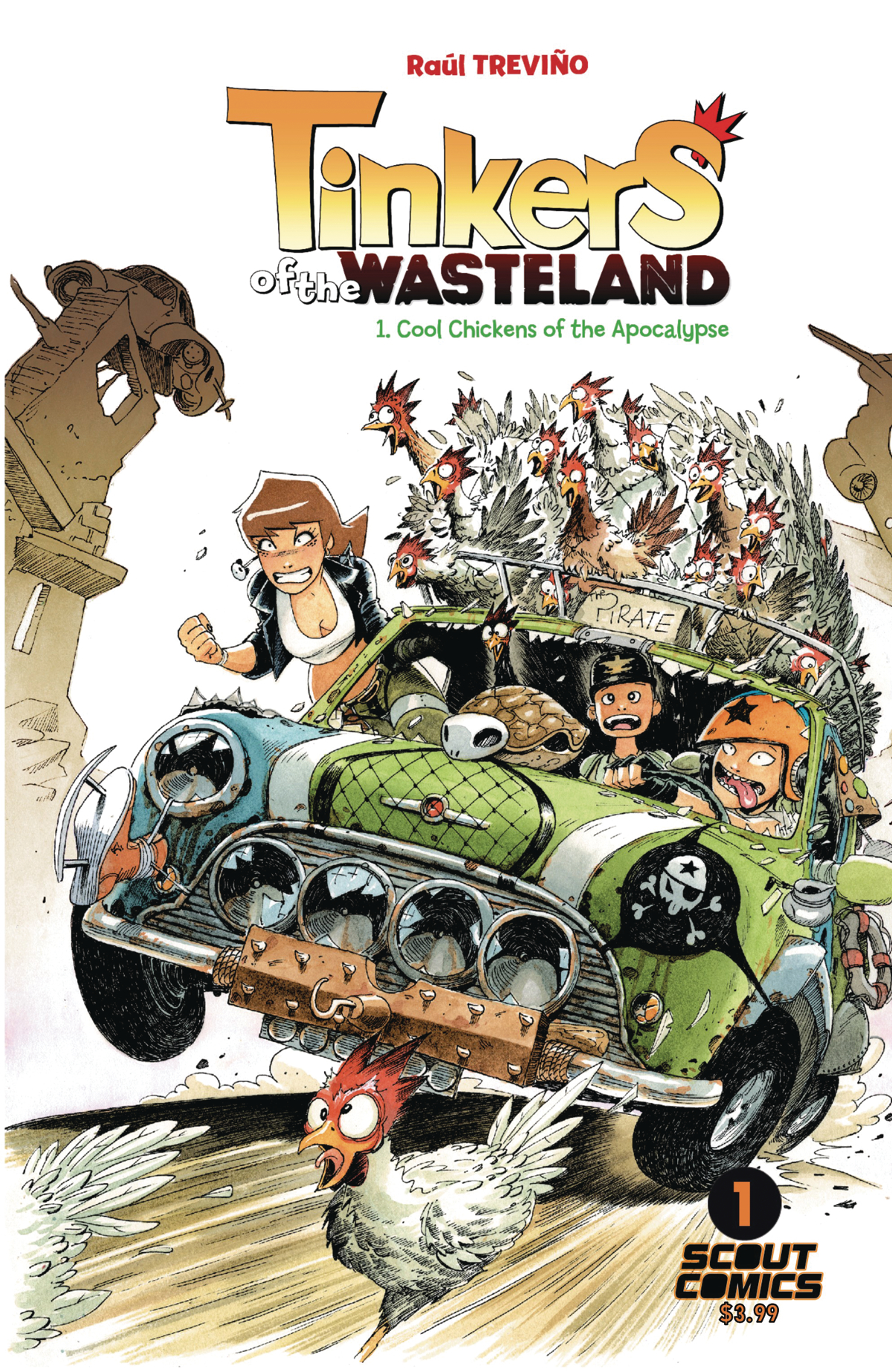 APR171934
(W) Raul Trevino (A/CA) Raul Trevino
Meteorites fell, razing entire cities, reducing civilization to rubble and leaving behind little more than a desolate wasteland. In these badlands, danger is everywhere, and survival is always uncertain, but somewhat less uncertain if you can get your hands on some chickens. Chickens, though, are scarce: they have been voraciously snatched up by a gang lead by a fierce drag queen, who has the impossible task of hoarding all chickens. Also struggling to survive in this post-apocalyptic world is a group of mildly deranged orphans, the Tinkers, who happen upon a mysterious and seemingly indecipherable map. The map gives the location of a secret bunker, one of almost mythical status among the tribes of the Wasteland.
In Shops: Jul 12, 2017
SRP: $3.99
View All Items In This Series