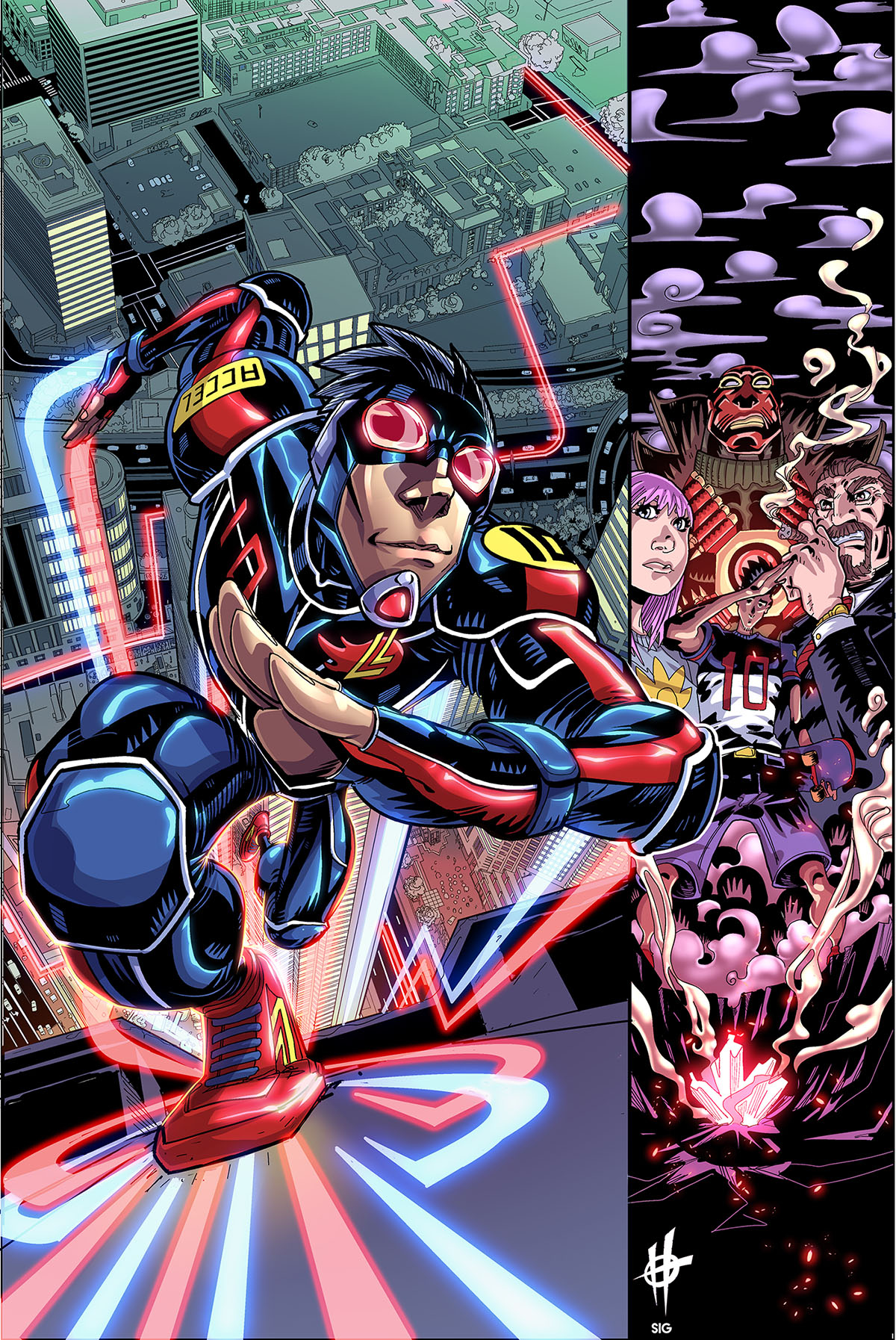 APR171848
(W) Joe Casey (A) Robert Campanella (A/CA) Damion Scott
Daniel DosSantos is a young man living at the speed of life. After gaining powers from exposure to an extraterrestrial object, DosSantos became the rapid action superhero called ACCELL. The first of a new public kind of self-appointed crime fighter. Unfortunately, there are consequences to moving faster than sound. ACCELL about to learn that danger exists on the flipside of having super powers, and will have to grow up quickly to survive.
In Shops: Jun 14, 2017
SRP: $3.99
View All Items In This Series
ORDER WISH LIST