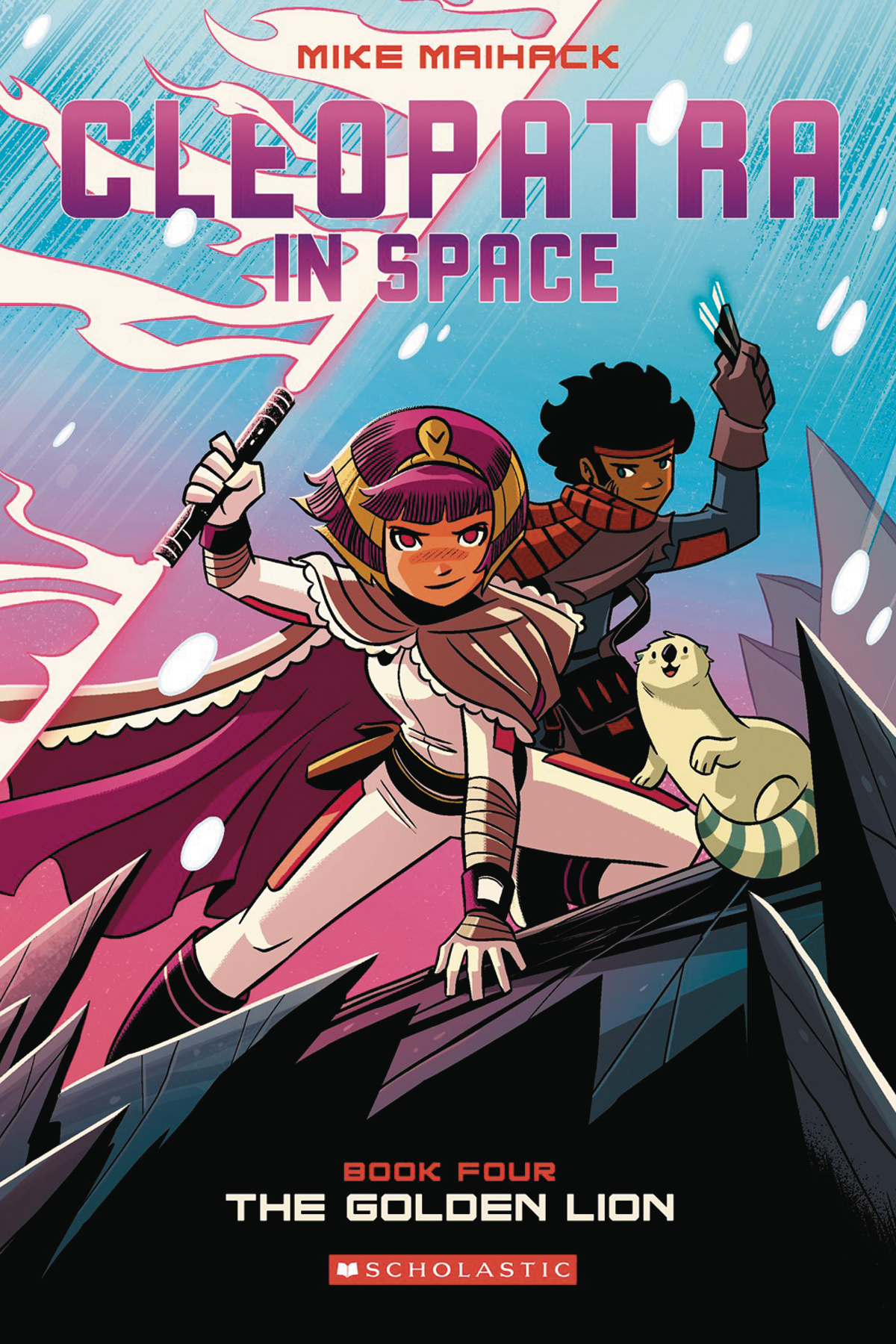 APR171779
(W) Mike Maihack (A/CA) Mike Maihack
The fourth thrilling installment in Mike Maihack's graphic novel series featuring a young Cleopatra and her adventures in the far, REALLY far future! Cleo is back at Yasiro Academy, recovering from the tragic events that occurred on planet Hykosis. She feels responsible for the death of her friend Zaid, and trains nonstop. And when she learns that the Golden Lion -- a star with immeasurable energy that could destroy them all if weaponized -- has been located, she goes alone to the snowy, icy planet Cada'duun to find it. There, she faces off with a new enemy who has been instructed to destroy the Golden Lion . . . and her. Special Notes:  Book One: Target Practice won a Florida Book Award and was a YALSA Quick Pick for Reluctant Young Adult Readers. He is also the creator of the popular webcomic Cow & Buffalo and has contributed to books like Sensation Comics Featuring Wonder Woman; Parable; Jim Henson's The Storyteller; Cow Boy; Geeks, Girls, and Secret Identities; and Comic Book Tattoo.
In Shops: Jun 28, 2017
SRP: $22.99
View All Items In This Series