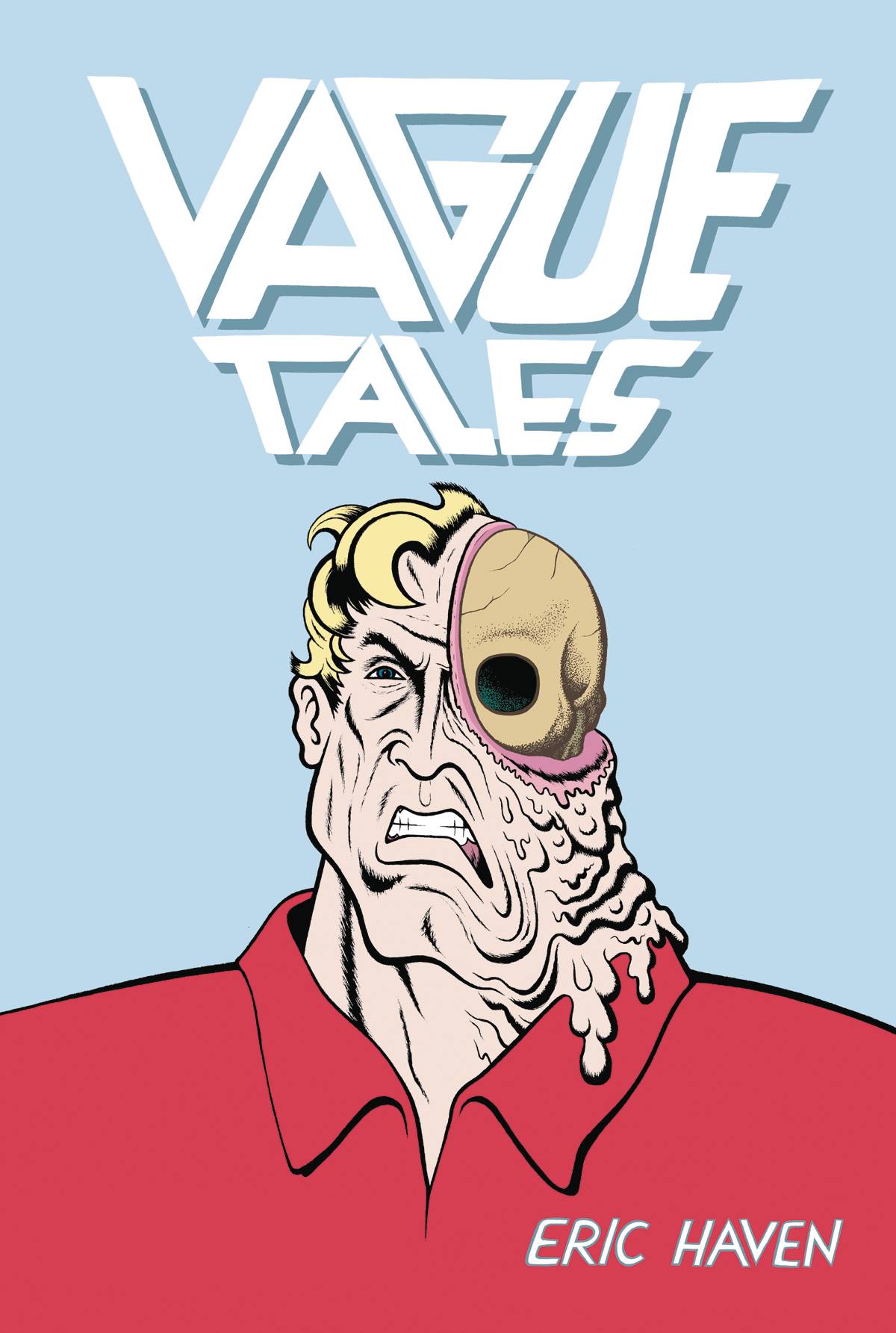 #
APR171751
(W) Eric Haven (A/CA) Eric Haven
While experiencing a succession of bewildering parallel universes, a solitary figure has telepathic encounters with a demonic aviatrix, a wandering crystalline being, a flaming sword-wielding warrior, and a mysterious sorceress, all within the confines of his own apartment. Having contributed short comic stories for years to publications such as The Believer and Kramers Ergot, Vague Tales is the debut graphic novel from Eisner Award nominated cartoonist Eric Haven (UR).
Haven's work is dark, absurdist, and deadpan, reflecting the apocalyptic undercurrent of modern times.
In Shops: Jun 14, 2017
SRP: $16.99
ORDER WISH LIST