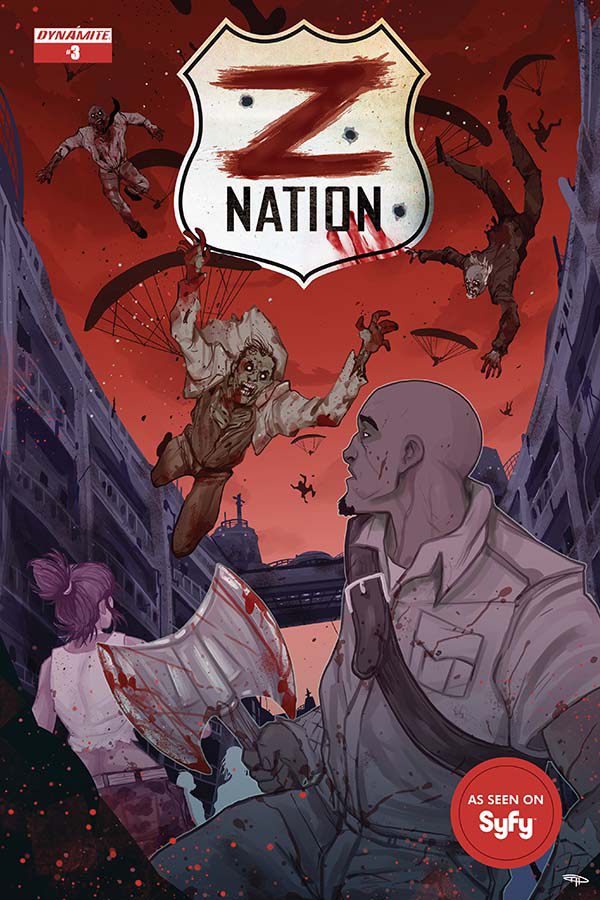 APR171684
(W) Craig Engler, Fred Van Lente (A) Edu Menna (CA) Denis Medri
Z NATION: SEA OF DEATH: Part 3-Specialist Israel Johnson and Private Edie Cutter find themselves caught between warring factions as the remnants of the U.S. Navy board the floating zombie fortress The Empress of the Seas to capture the food substitute Soylent Z. With the Captain and his notorious Crew distracted by the fight, Israel and Edie decide their best course of action is to steal the Soylent themselves, not realizing the Navy has a secret weapon they're about to deploy. Meanwhile, in the depths of the ocean an all-new zombie menace begins to stir. Sea of Death is a prequel set in the world of Syfy's hit zombie series Z Nation, produced by The Asylum. Featuring Z Nation's signature blend of horror, humor and heart, Sea of Death is a six-issue miniseries from acclaimed writer Fred Van Lente (Marvel Zombies, G.I. Joe) and Craig Engler, based on the long running series Z Nation created by Karl Schaefer and Craig Engler.
In Shops: Jun 21, 2017
SRP: $3.99
View All Items In This Series