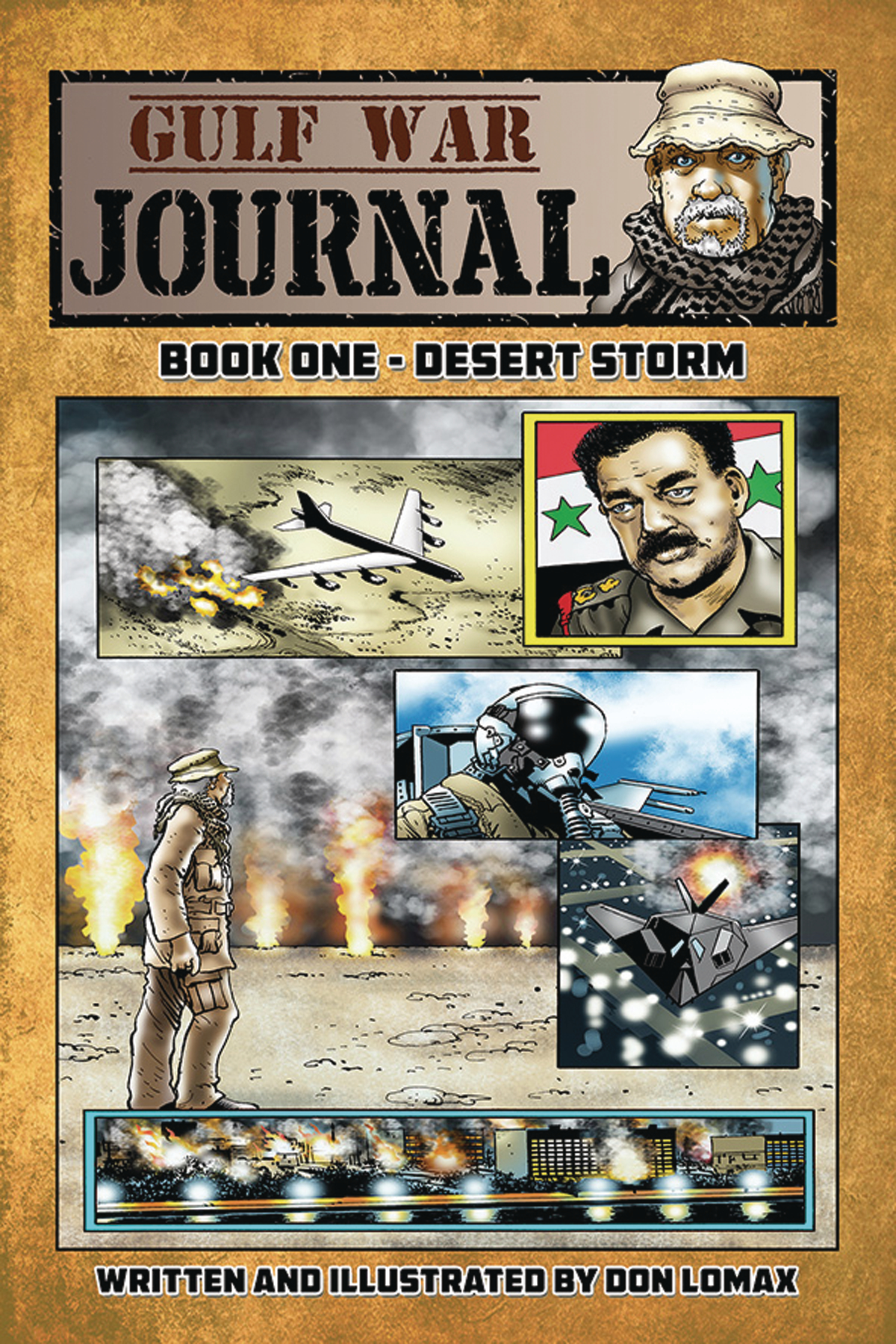 APR171498
(W) Don Lomax (A/CA) Don Lomax
Harvey Award Nominee, Don Lomax, assembles his Desert Storm Journal comic series and brings back the central character from his critically acclaimed Vietnam Journal books. Scott "Journal" Neithammer comes out of retirement to cover the first Persian Gulf War. He finds himself also caught up in the war between the Pentagon and the press! Fed up, he heads off into the desert on his own. Writer and Artist Don Lomax has won numerous awards for his authentic depictions of the conflict in Vietnam and the war in Iraq.