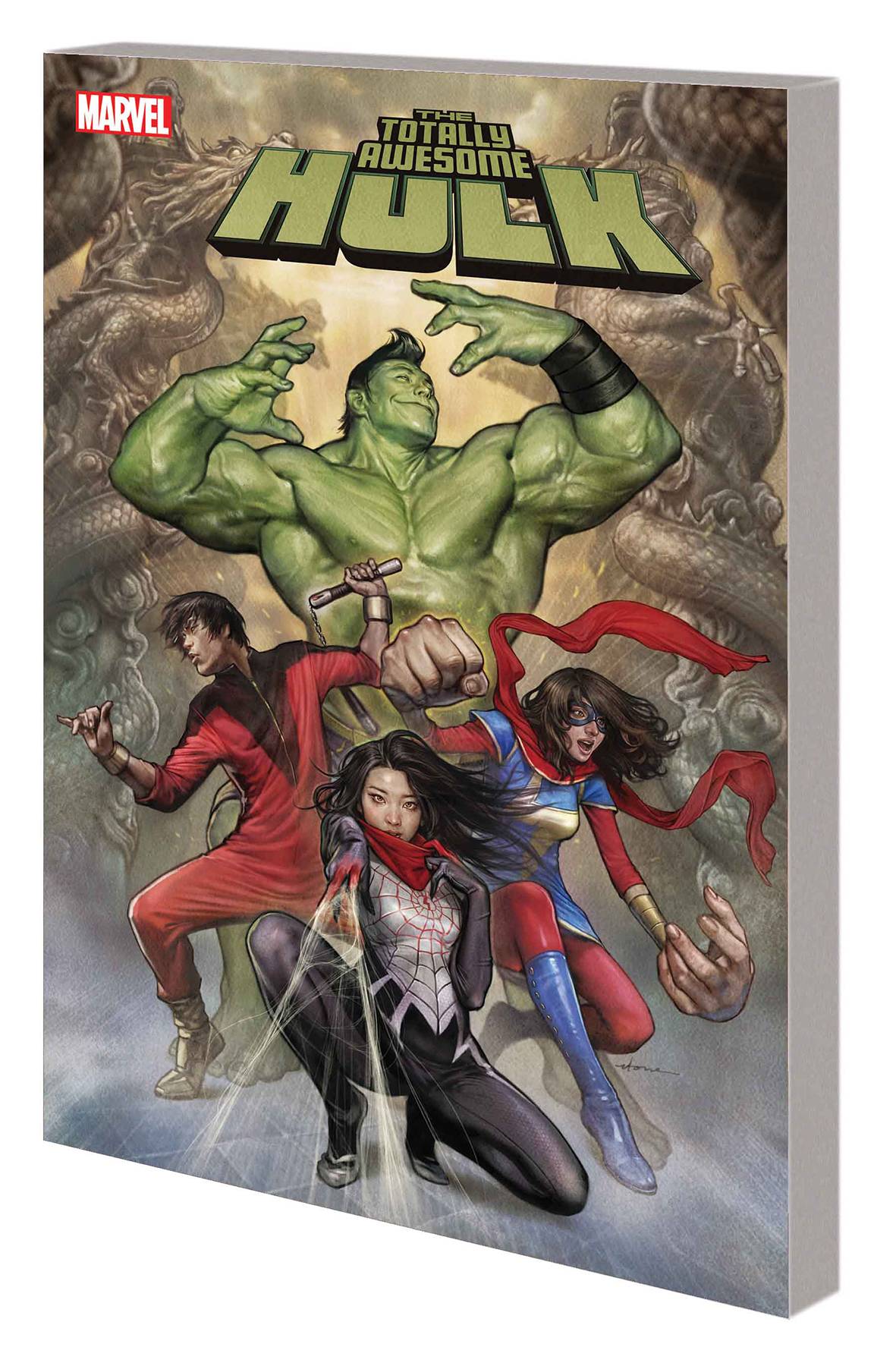 #
APR171145
(W) Greg Pak (A) Luke Ross, German Peralta, Mahmud A. Asrar (CA) Stonehouse
Protectors Assemble! When an intergalactic threat targets the Big Apple, Amadeus Cho joins an alliance of Asian and Asian-American adventurers to save its populace - including Ms. Marvel, Silk and Shang-Chi, Master of Kung Fu! But who brings them together, and what can they do in the face of a mass alien abduction? Start spreading the news, a bunch of people are leaving today - it's up to you, Protectors, to save New York, New York! Plus our socially awesome Hulk makes another new pal - basketball superstar Jeremy Lin! But when they double team a classic Marvel villain upgraded for an all-new era, will it be a slam dunk? Or will they suffer a blowout against the robot menace QUASI/MO/DO? This is how to win friends and influence people, Cho style!
Rated T
In Shops: Jul 12, 2017
SRP: $17.99
View All Items In This Series