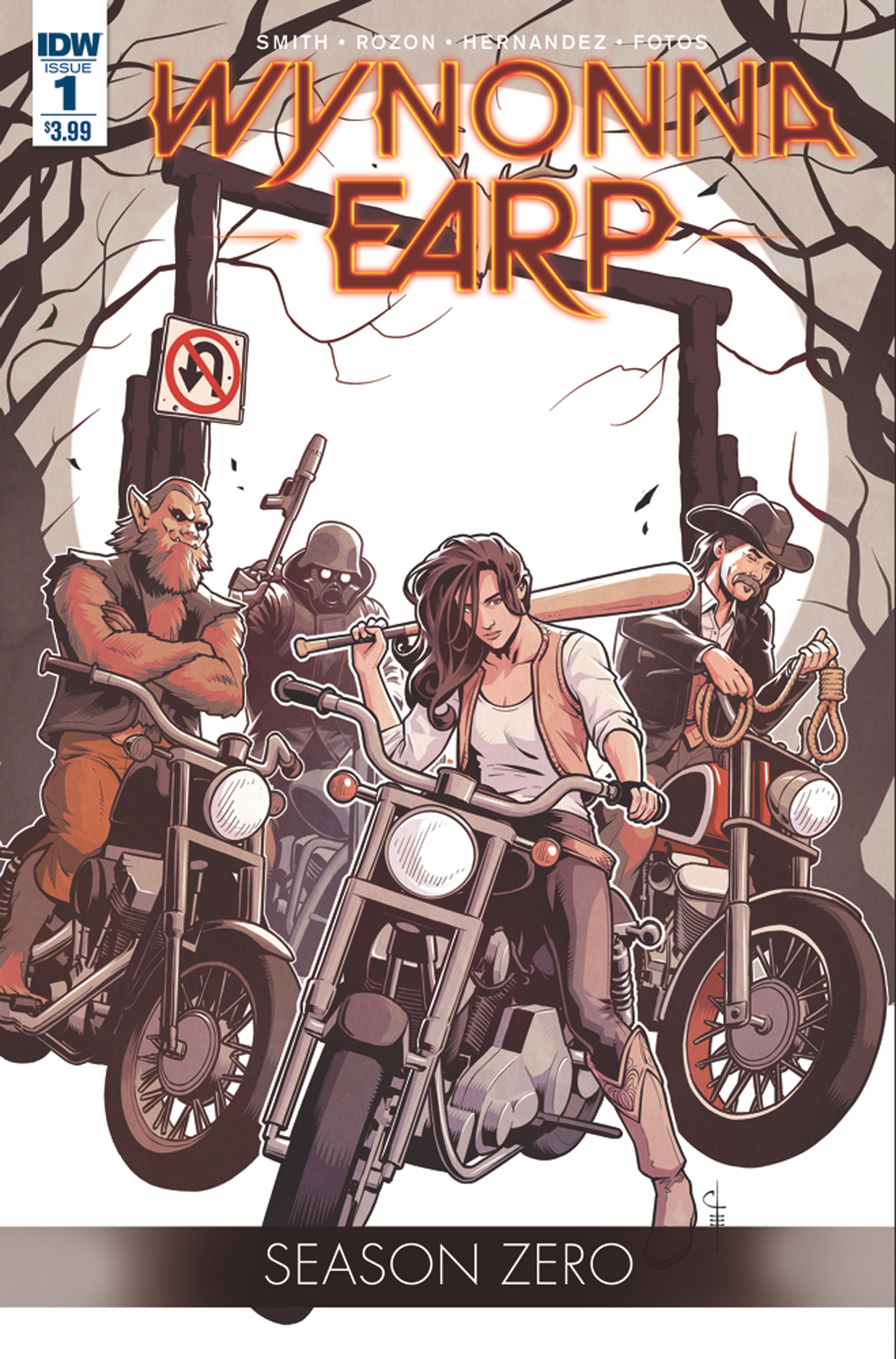 APR170569
(W) Beau Smith (A) Angel Hernandez (CA) Chris Evenhuis
Outlaws. Mavericks. Werewolves. These are The Banditos, the gang Wynonna ran with in her wildest, pre-Black Badge days.  Somebody, or something is killing them off, one by one.  It's up to Wynonna to return to her roots, and find out why! Telling the never-before-seen story of Wynonna's outlaw past-only hinted at on Syfy's Wynonna Earp TV series-finally revealed here!
•  Never-before-told story that ties into Syfy's Wynonna Earp TV series!
•  Wynonna Earp returns to Syfy in June!
•  Secrets of Wynonna Earp's past revealed!
In Shops: Jul 12, 2017
SRP: $3.99
View All Items In This Series