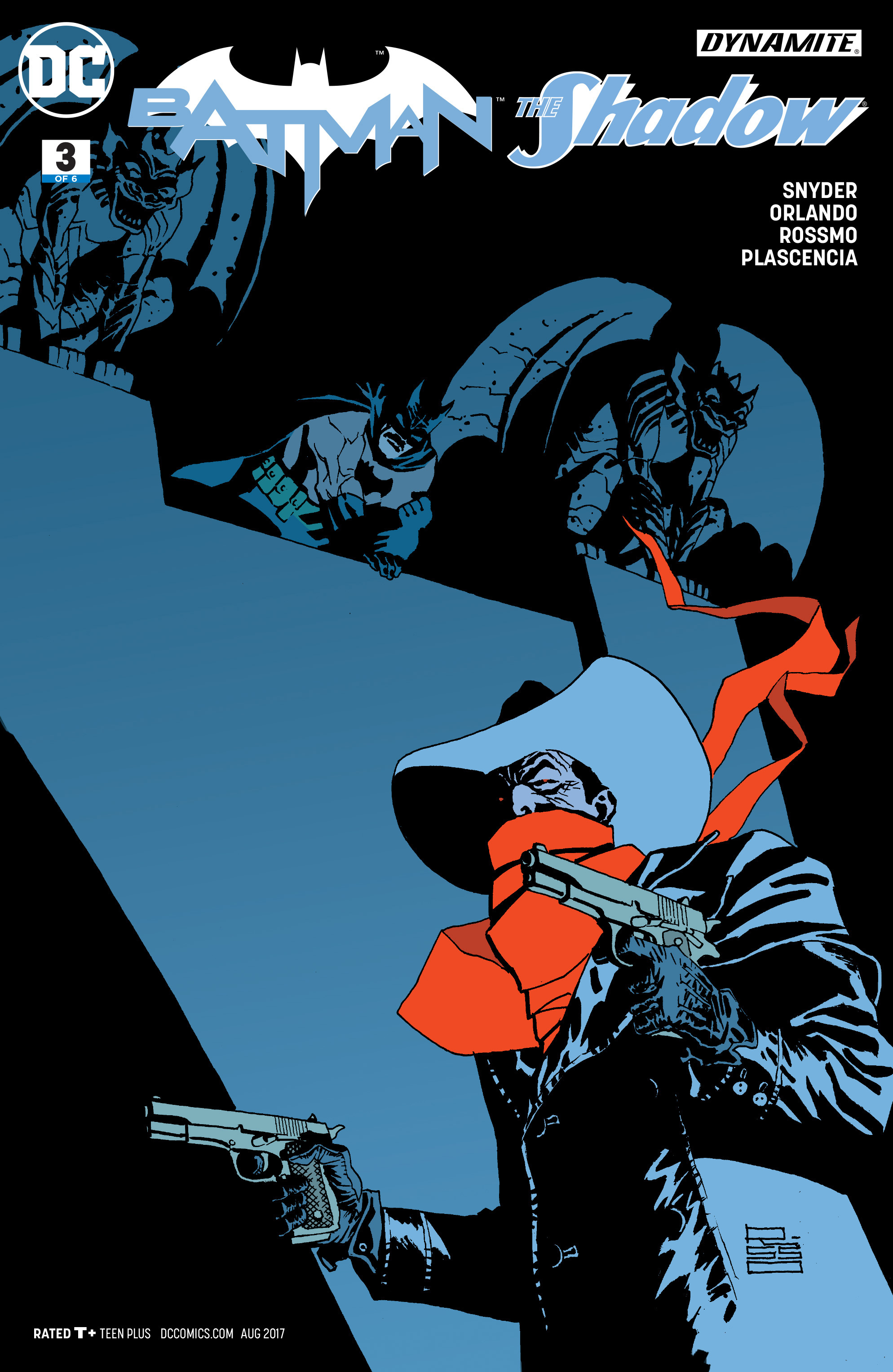 APR170372
(W) Scott Snyder, Steve Orlando (A) Riley Rossmo (CA) Eduardo Risso
The Joker has entered the fray, and he's been offered unspeakable power in return for helping the Stag kill Batman! It's up to the Shadow to protect Batman from the pair's combined onslaught and the mystical powers of Shamba-La! Co-published with Dynamite!
RATED T
In Shops: Jun 28, 2017
SRP: $3.99
View All Items In This Series