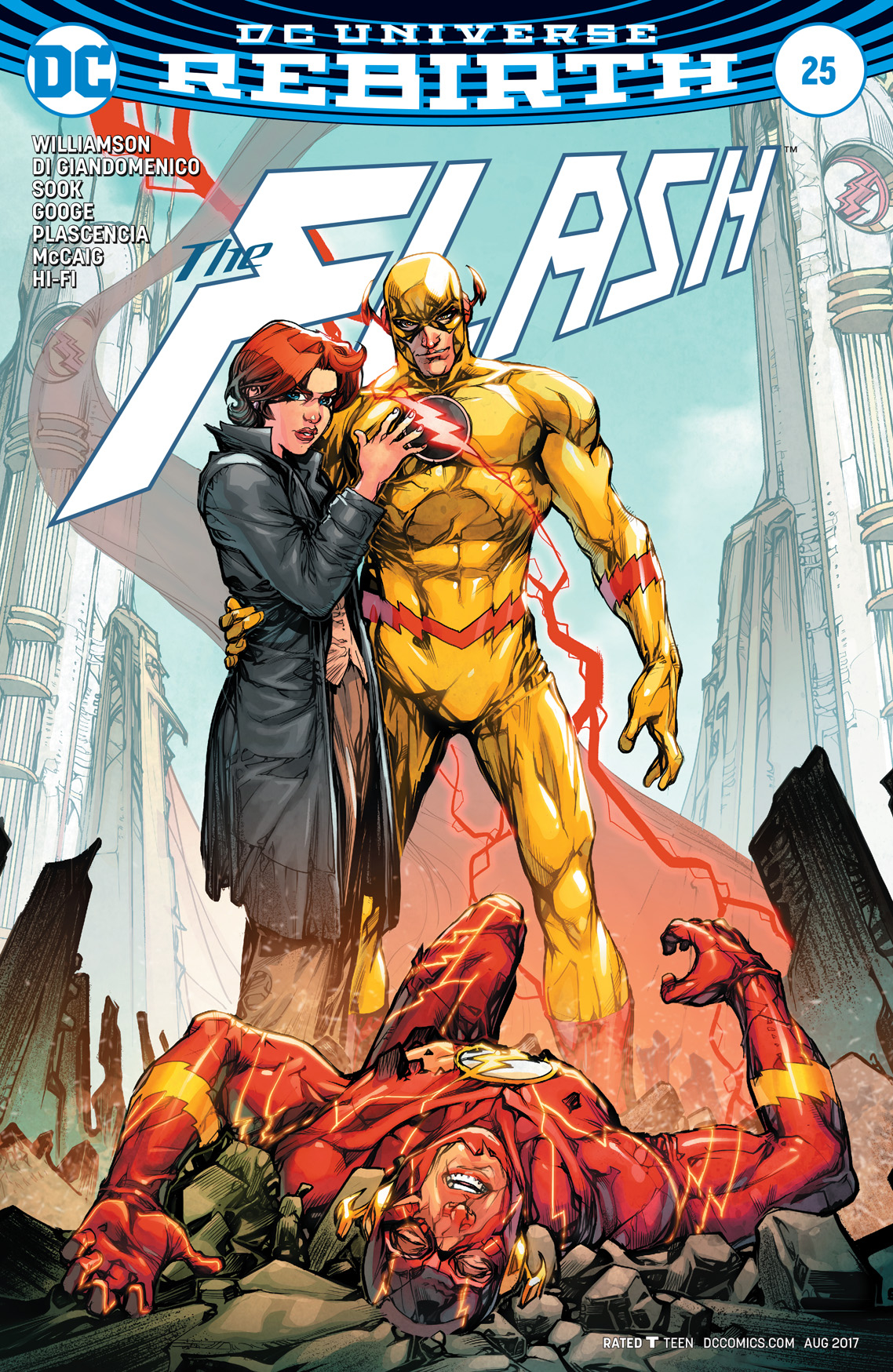 APR170298
(W) Joshua Williamson (A) Carmine Di Giandomenico, Neil Googe, Ryan Sook (CA) Howard Porter
"RUNNING SCARED" part one! When Eobard Thawne murdered Barry Allen's mother, he killed a piece of The Flash's past. Now, Reverse-Flash is back to kill Barry's future! The Flash's biggest storyline yet begins as he is pushed to his limits and his secrets are laid bare in a chase through time itself! Don't miss the extra-sized anniversary issue!
RATED T
In Shops: Jun 28, 2017
SRP: $3.99
View All Items In This Series