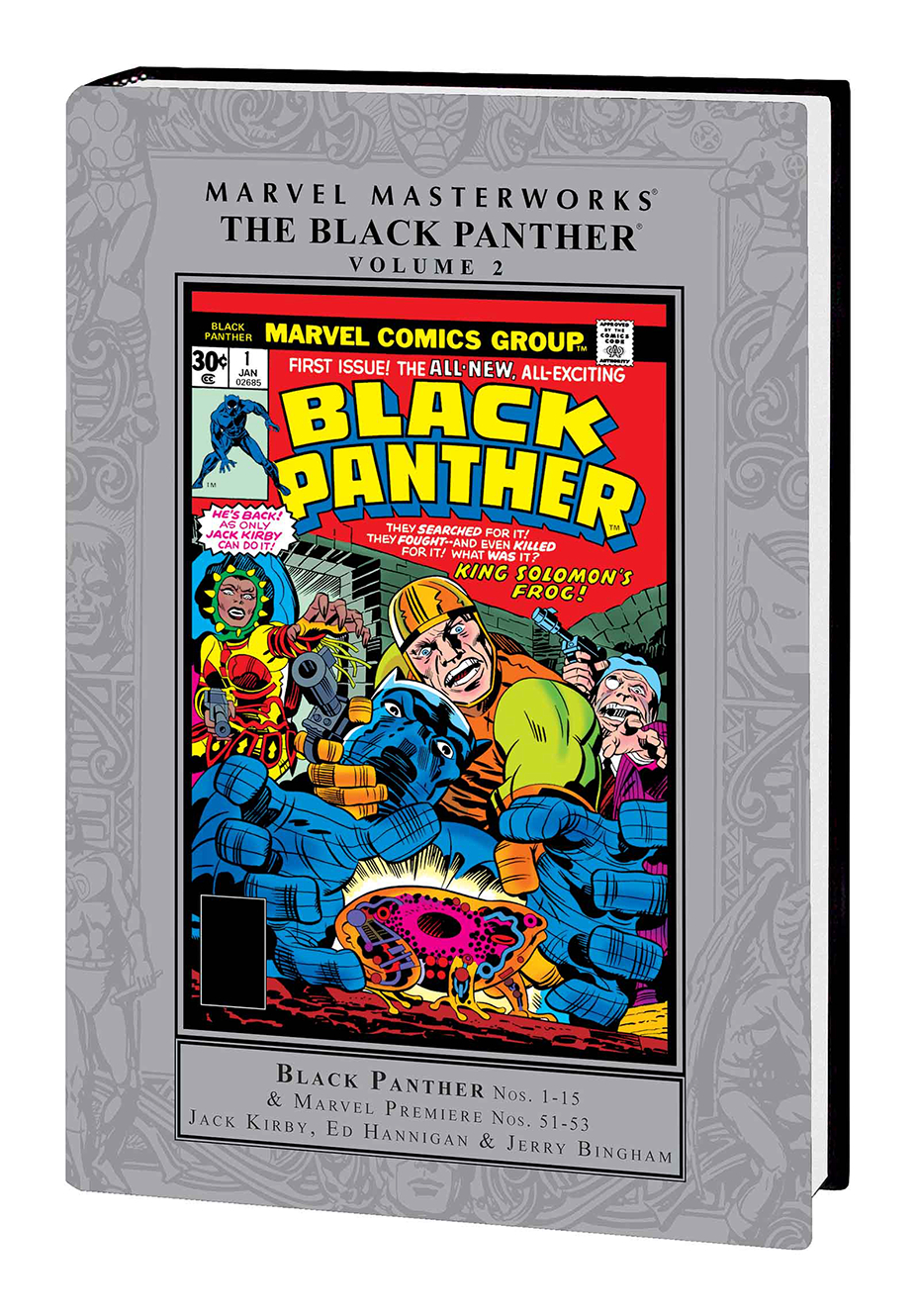 APR161070
(W) Various (A) Various (CA) Jack Kirby
Jack "King" Kirby returns to the character with whom he made history as the Marvel Masterworks presents Kirby's complete Black Panther series and its never-before-reprinted conclusion in one massive volume! Kirby's limitless imagination unfurls before you as T'Challa unlocks the secret of King Solomon's frog, encounters alien races, battles eternal samurai warriors and more! The history of the Wakandans, their majestic city and their amazing technology, and the origins of Vibranium, are all explored with a power and passion that only Kirby can offer. Then, Ed Hannigan and Jerry Bingham present an epic battle between the Black Panther, the Avengers and Panther's nemesis, Ulysses Klaw! And finally, T'Challa returns to the American South to root out the evil Soul Strangler's cult! Collecting BLACK PANTHER (1977) #1-15, MARVEL PREMIERE #51-53 and material from MARVEL TEAM-UP (1972) #100.
Rated T
In Shops: Nov 02, 2016
SRP: $75.00
View All Items In This Series
ORDER WISH LIST