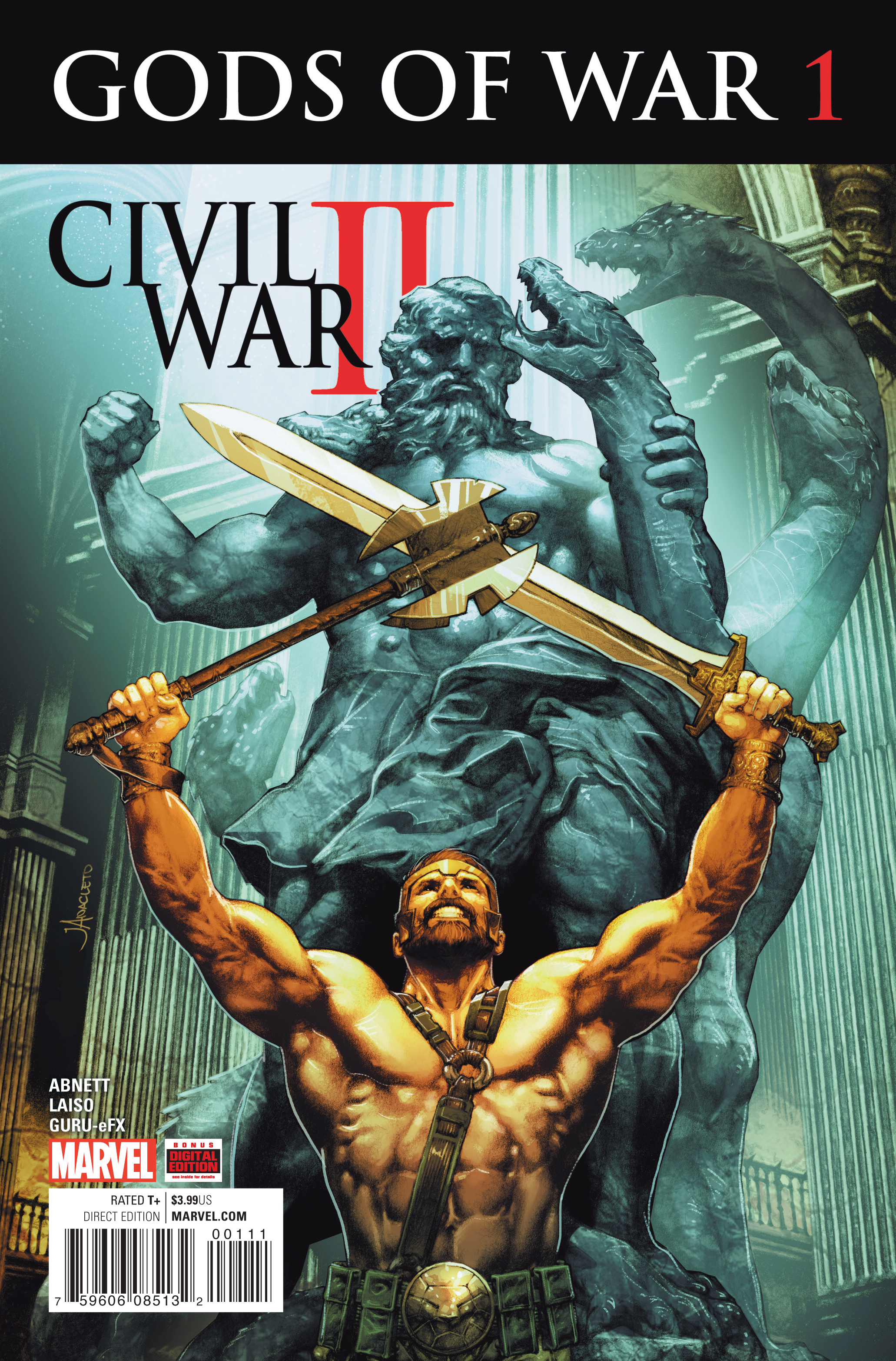 APR160880
(W) Dan Abnett (A) Emilio Laiso (CA) Jay Anacleto
The world is on the brink of chaos, with heroes on all sides of the war... but when only the best are called into action, where will the world's first super hero land? Join us for an all-new epic Civil War II series that takes Hercules right to the front lines! As a God, is he responsible for a larger roll in the potential destruction of the Marvel Universe? Or does he have the power to alter fate?!
Rated T+
In Shops: Jun 08, 2016
SRP: $3.99
View All Items In This Series