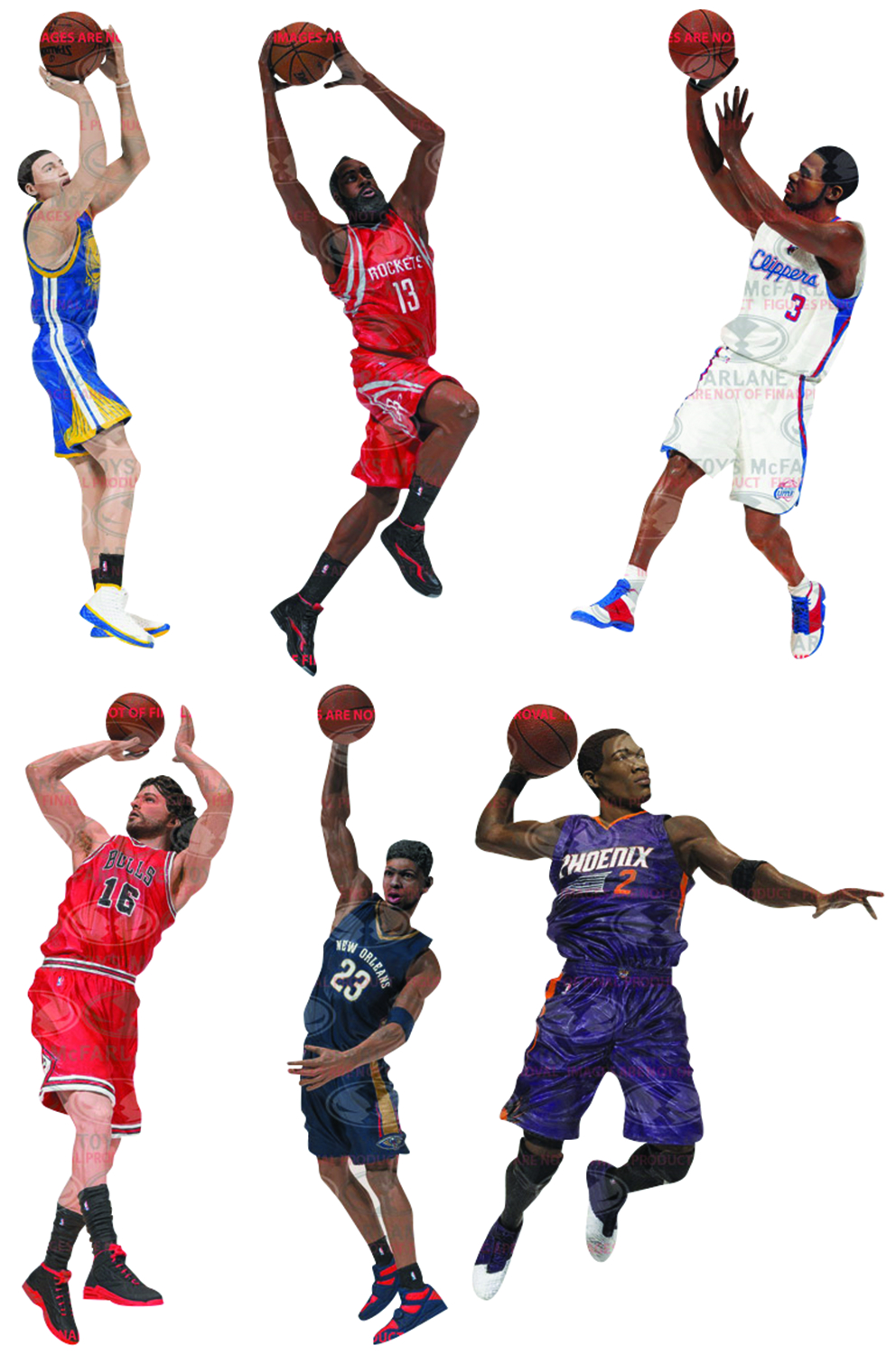 APR158811
From McFarlane Toys. Finishing second in the Kia MVP 2015 voting solidified James Harden's spot in the lineup for NBA 27. The three-time All-Star is one of the most versatile, fearless scorers in the league, and finished this past season second in scoring. Harden will return to the lineup wearing his red away uniform for the Houston Rockets.