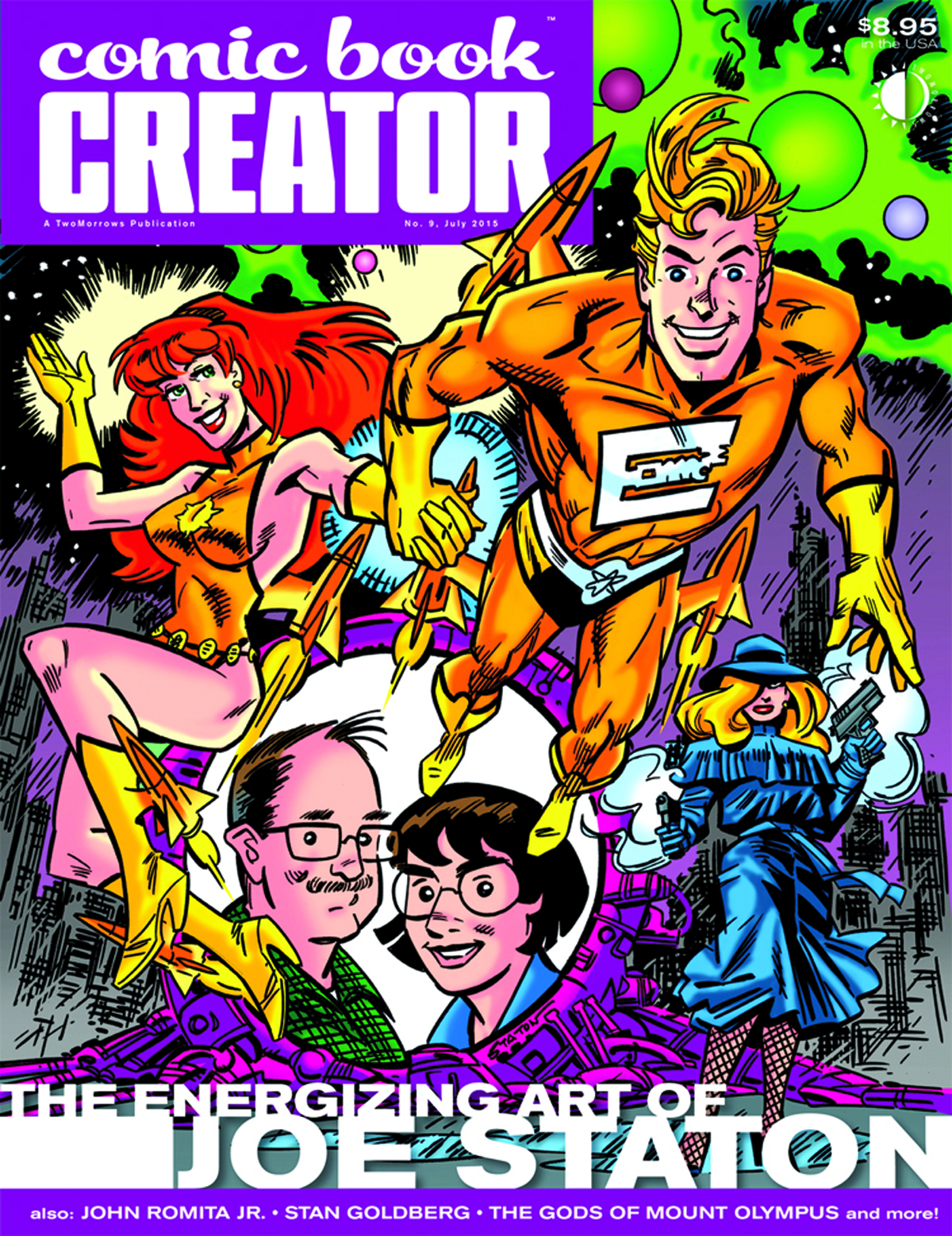 APR152033
Comic Book Creator #9 features a sizzlin' Joe Staton and his energizin' art extravaganza! We talk with the cartoonist about his career in comics (with special emphasis on E-Man and Nova, who dominate our cover!), from his days at Charlton, through working with the Big Two (and co-creating The Huntress in the process), up to his award-winning current stint as artist on the immortal Dick Tracy comic strip. We showcase the lost treasure The Gods of Mount Olympus, drawn by Joe, and feature Part One of our interview with the late Stan Goldberg, as well as an article on why John Romita, Jr. is the best comic book artist working.