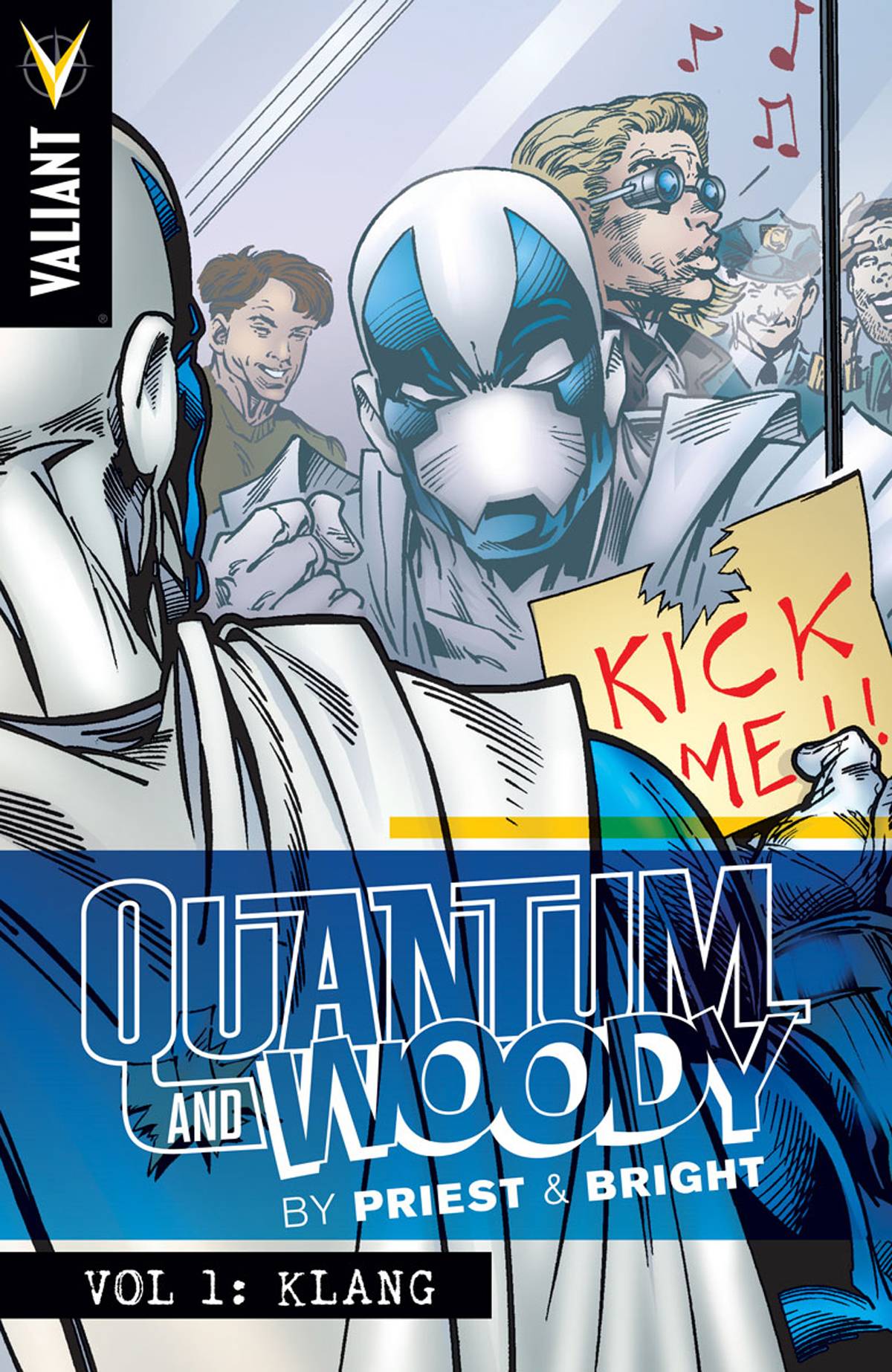 Sometimes the best friends make the worst partners. Once inseparable, childhood friends Eric Henderson and Woody Van Chelton haven't seen each other in years. Reunited by the mysterious deaths of their research scientist fathers, the unlikely duo find themselves stuck together all over again when a catastrophic lab accident transforms their bodies into pure energy - energy that will completely dissipate if they don't "klang!" their control bands together every 24-hours! Now, armed with an array of high-tech gadgets...and two horribly mismatched personalities...and a goat for a sidekick...this pair of misfits has decided to set the world straight as the world's worst superhero team, Quantum and Woody...if they can manage to quit fighting each other first!