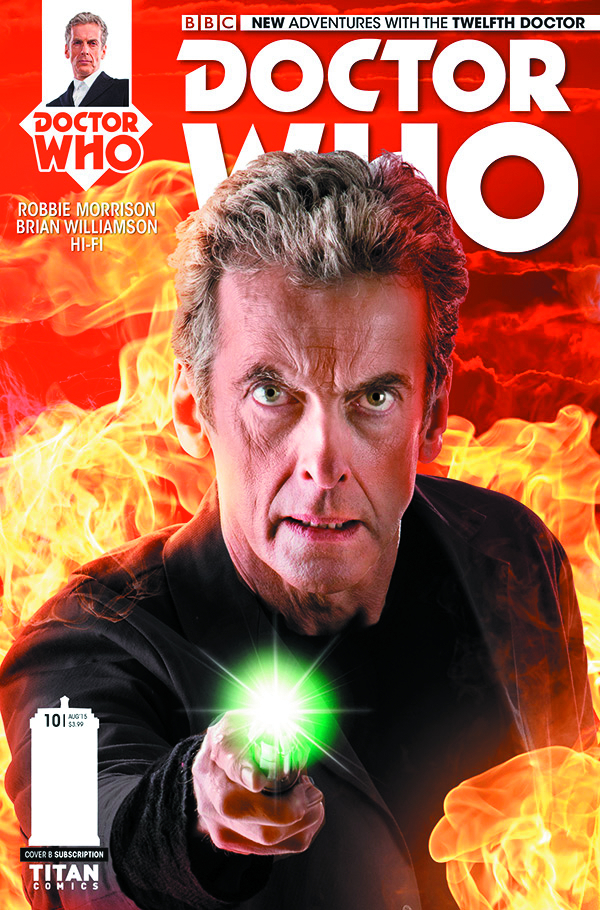 APR151720
(W) Robbie Morrison (A) Brian Williamson (CA) Photo
o Thrillingly explosive action on the '60s Las Vegas strip as the Doctor and Clara battle the mob AND an alien invasion force!
o The Doctor gambles with humanity - with the highest stakes and the longest odds!
o Has his morality been compromised - or has Clara's?!
o Sharp fashions, sharp minds - sharper weapons!
In Shops: Jul 29, 2015
SRP: $3.99
View All Items In This Series
ORDER WISH LIST