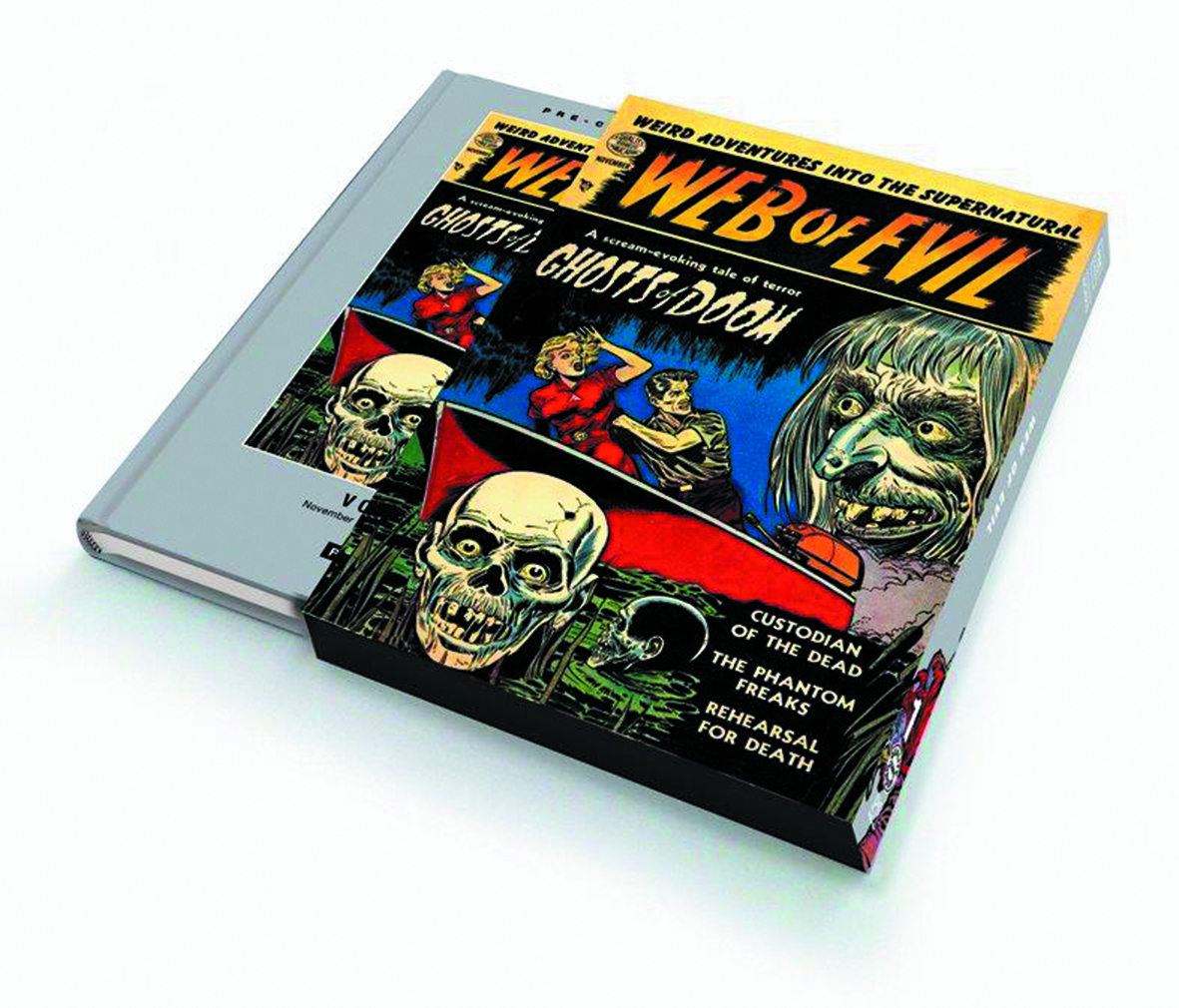 APR151667
(A) Chuck Cuidera, Jack Cole, Leo Morey, Charles Nicholas, John Forte
As we already mentioned elsewhere, this title has the lot - including persuasive evidence that animated corpses (that's zombies to you, fella) used to be gray and had see-through rib-cages. Just shows you how far medical science has come in the almost sixty intervening years. They're all good, these books we're bringing out (bringing out? Heck, we're unleashing 'em!) but this one may well be the gerkin on the burger. Collects Web of Evil issues #1-7, November 1952 to October 1953
In Shops: Sep 09, 2015
SRP: $69.99
View All Items In This Series
ORDER WISH LIST