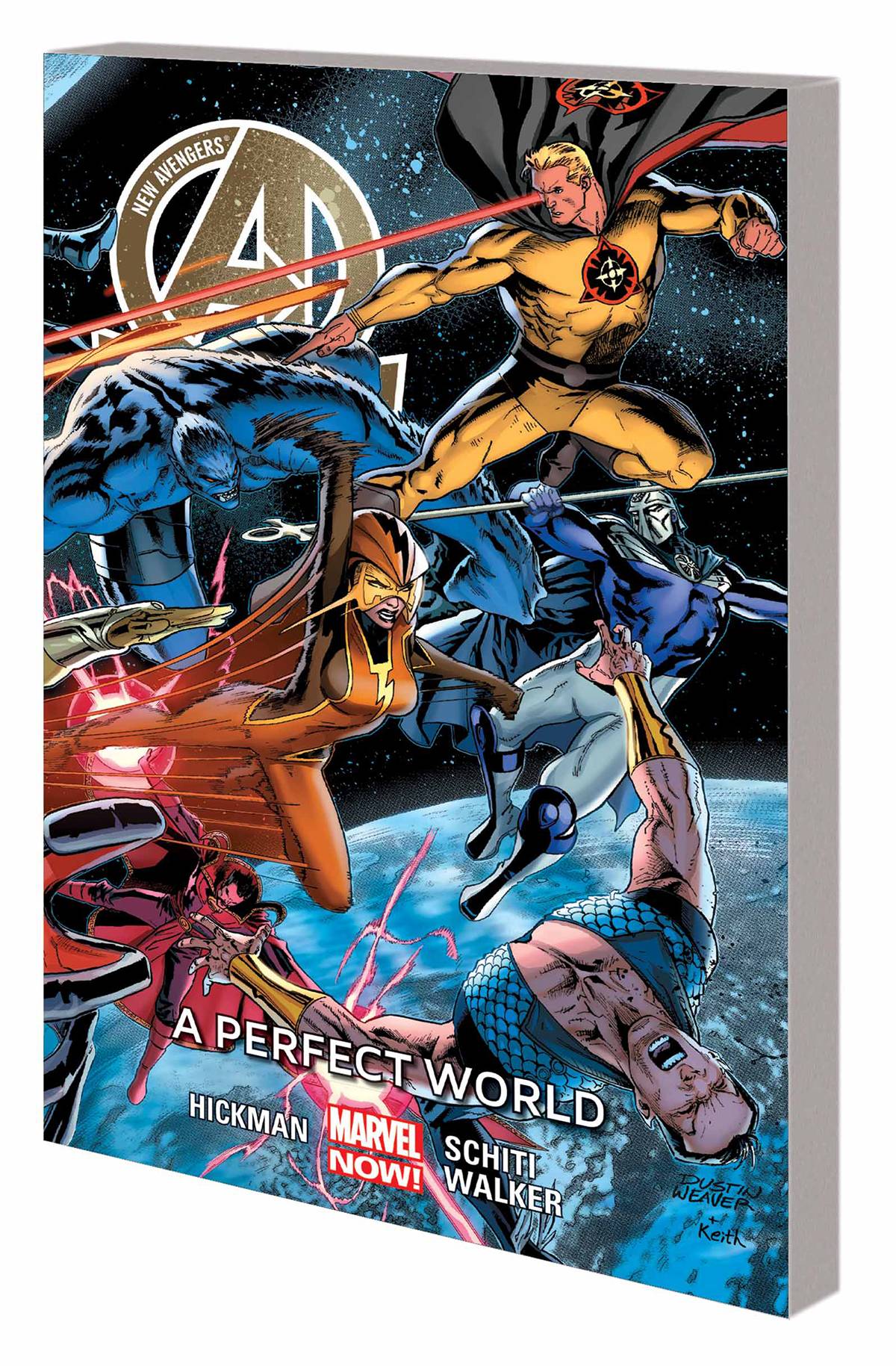 #
APR150934
(W) Jonathan Hickman (A) Valerio Schiti, Kev Walker (CA) Dustin Weaver
It's the battle you didn't know you wanted to see - until now! In all creation, only one Earth has successfully met and triumphed over each Incursion that has threatened it: the Earth of the heroes of the Great Society! And guess which Earth is on a collision course with ours? Now, the New Avengers must take on the combined power of the Great Society - and only one parallel Earth can survive! But how far is Dr. Strange willing to go to protect the Marvel Universe? Which New Avenger will find the strength to press the button that destroys a world? And what will come in the aftermath? As the Illuminati shatters under the weight of an exploding planet, follow the broken would-be world-savers through their last day on Earth. Collecting NEW AVENGERS (2013) #18-23.
Rated T+
In Shops: Jul 08, 2015
SRP: $19.99
View All Items In This Series
ORDER WISH LIST