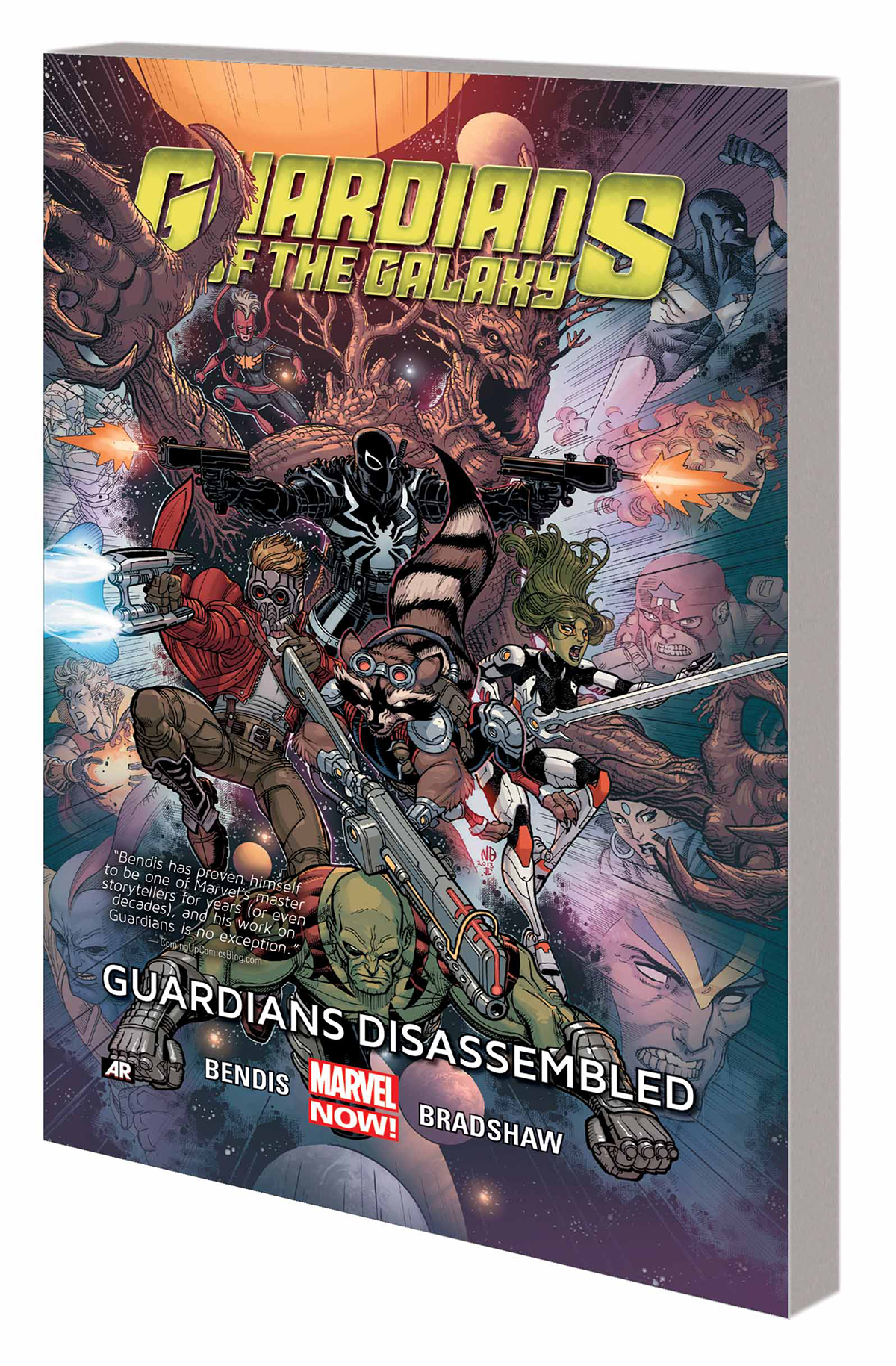 APR150921
(W) Various (A) Various (CA) Nick Bradshaw
Meet the new Guardians! With Star-Lord missing and the entire galaxy gunning for the Guardians of the Galaxy, it's time to bring in some help. But as the Guardians prepare for new members Venom and Captain Marvel, unexpected dangers arise that may tear the team to its core! Where in the universe is Star-Lord? What does his disappearance mean for Earth's safety? And can he survive on the run from a mysterious new adversary without the Guardians' help? Plus: relive Flash Thompson's transformation into Venom and Carol Danvers' debut as Captain Marvel! And the series celebrates a milestone with two special stories by former Guardians writers Dan Abnett and Andy Lanning! Collecting GUARDIANS OF THE GALAXY (2013) #14-17, CAPTAIN MARVEL (2012) #1, and material from FREE COMIC BOOK DAY 2014 (GUARDIANS OF THE GALAXY) #1 and AMAZING SPIDER-MAN (1963) #654.
Rated T
In Shops: Jul 22, 2015
SRP: $19.99
View All Items In This Series
ORDER WISH LIST