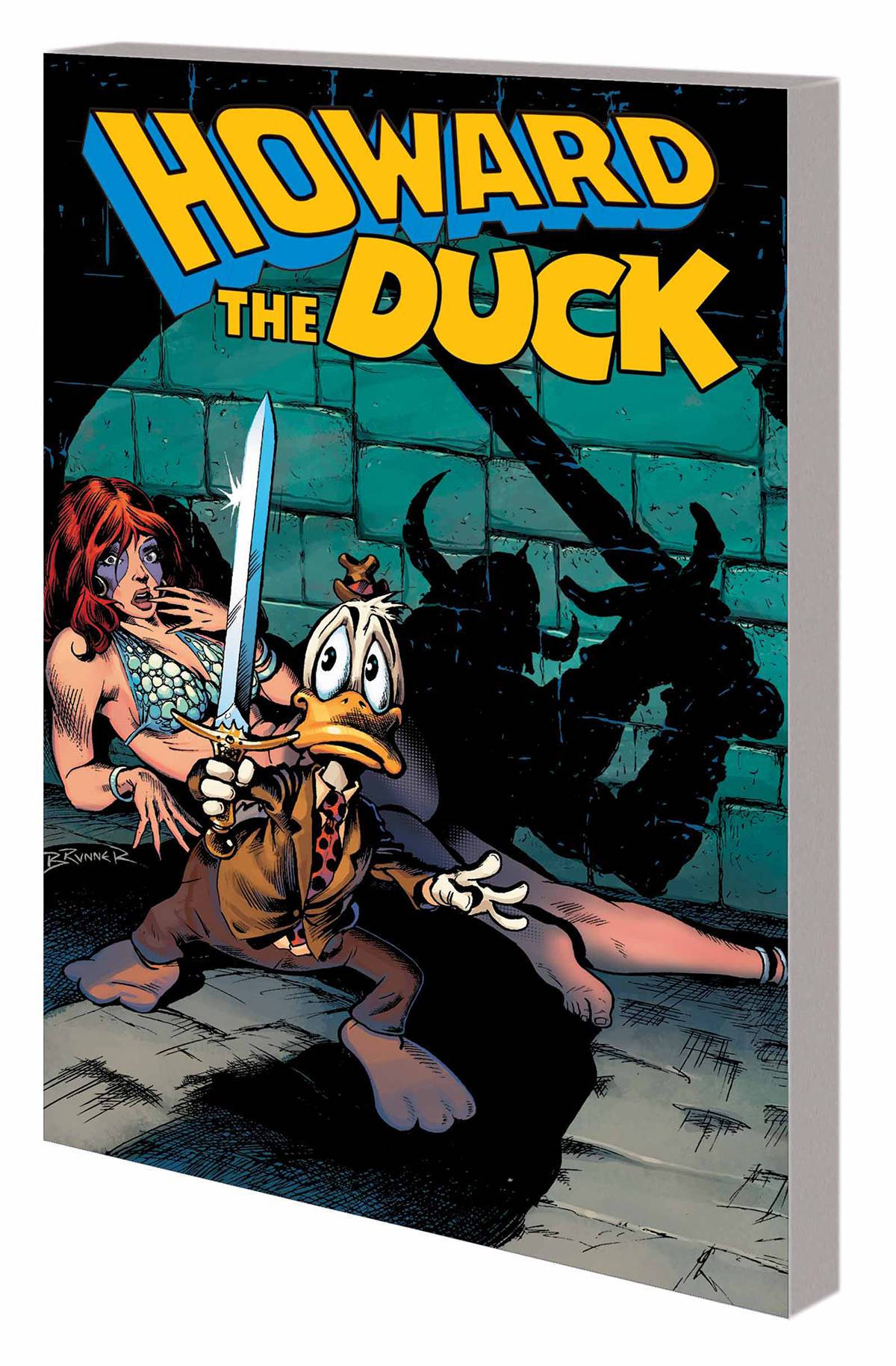 #
APR150918
(W) Steve Gerber (A) Various (CA) Frank Brunner
Get the full story of how Marvel's most notorious movie star became trapped in a world he never made! Howard the Duck takes an adventure into fear when he's plucked from Duckworld and finds himself on Earth, bill to proboscis with the melancholy muck-monster Man-Thing! Stuck here on a planet of hairless apes, the furious fowl forges a future for himself in, of all places, Cleveland. But the would-be Master of Quack Fu will have his wings full hanging out with Spider-Man - and waging "waaaugh" with madcap menaces like the Space Turnip, the Cookie Creature, the Beaver and Doctor Bong. Will that earn him a spot on the Defenders? Better yet, Howard for president! Collecting FEAR #19, MAN-THING (1974) #1, HOWARD THE DUCK (1976) #1-16 and ANNUAL #1, MARVEL TREASURY EDITION #12, and material from GIANT-SIZE MAN-THING #4-5.
Rated T+
In Shops: Jun 24, 2015
SRP: $34.99
View All Items In This Series
ORDER WISH LIST