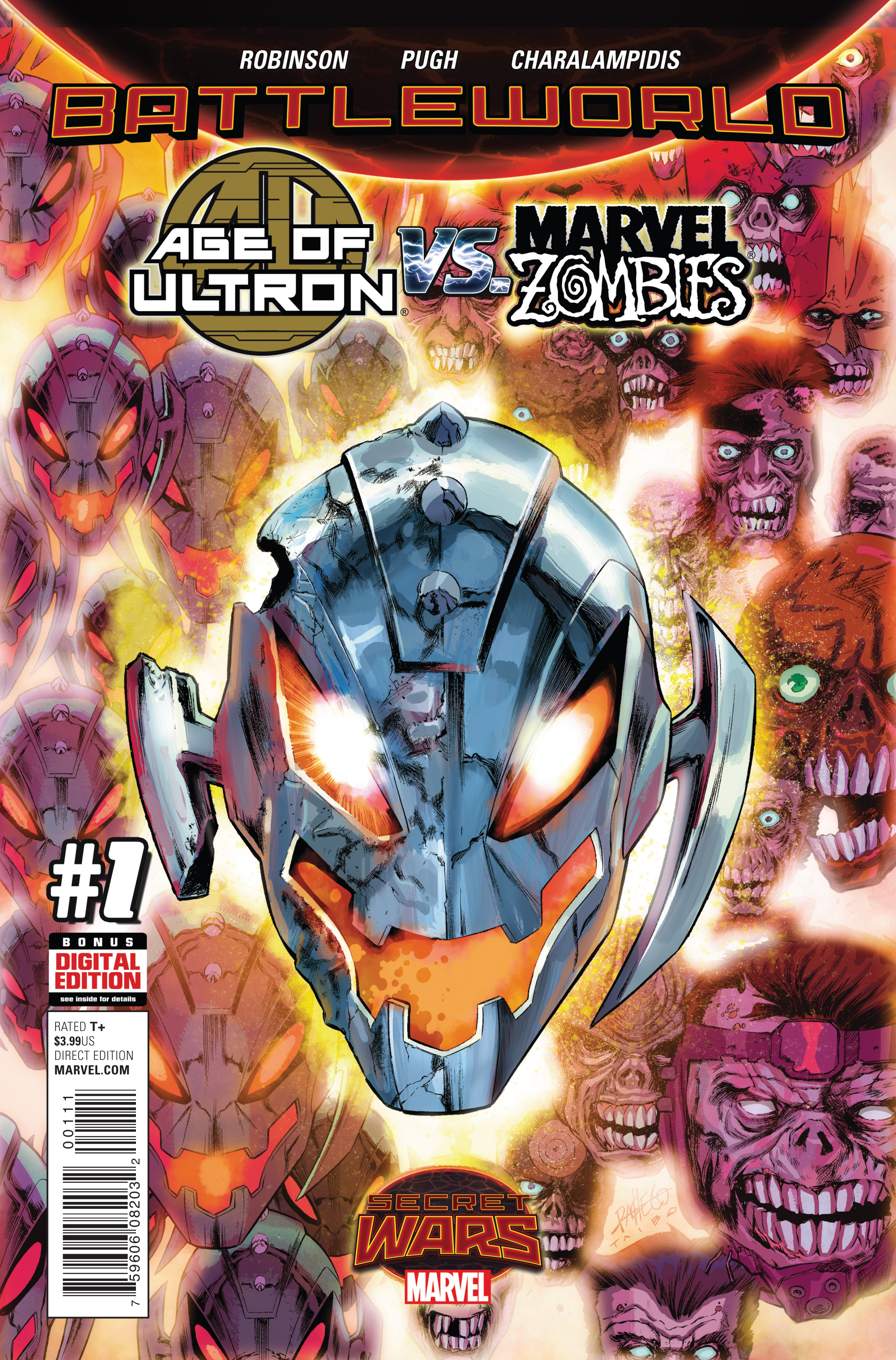 APR150721
(W) James Robinson (A) Steve Pugh, Ron Garney, Matt Milla (CA) Carlos Pacheco
THE ULTIMATE DEATH SENTENCE IN BATTLEWORLD
•  There's a place that's so dangerous it's walled off from the rest of BATTLEWORLD...
•  ...where WILD ZOMBIES feast on those who've been banished for crimes against the state.
•  ...where cold, mechanical ULTRONS destroy anything that's human.
•  Pity those who get caught between the two, for their death WON'T be fast and painless!
Rated T+
In Shops: Jun 24, 2015
SRP: $3.99
View All Items In This Series