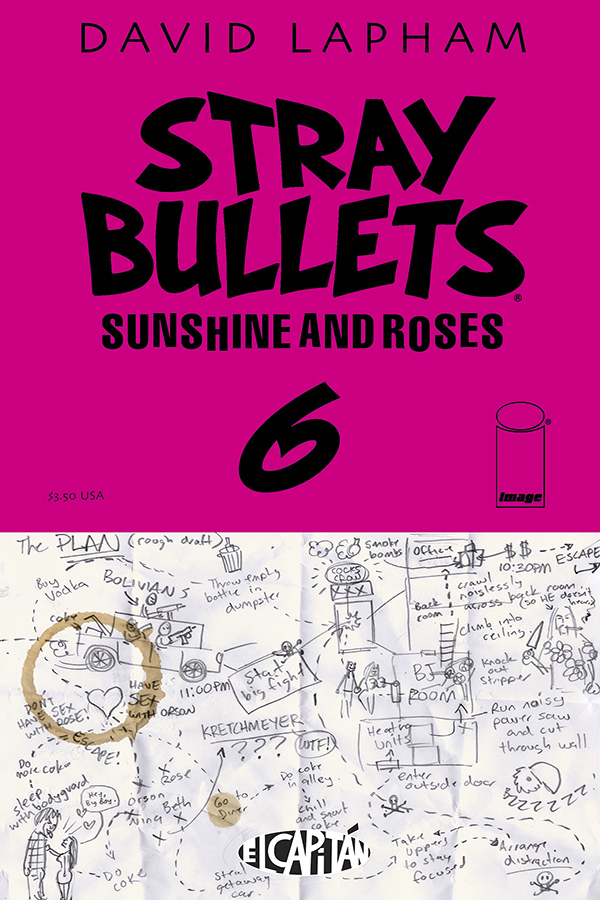 APR150676
(W) David Lapham (A/CA) David Lapham
Just mere days before Beth, Orson, Nina, Rose, and Kretchmeyer are about to pull off the crime of the century, Orson discovers a fatal flaw in their carefully laid out plan: It's convoluted, confusing, ill-conceived, and riddled with more holes than a can of Spaghetti-O's! Something needs to change and change fast, or they're all going to wind up dead...or worse. But with a gang of partners driven by their own agendas, inner rages, raging hormones, and self-medicating supplementation, that's easier said than done. As he traces the plan through the underbelly of Baltimore, Orson begins to suspect that Spanish Scott may be on to them, and that no matter what they do, it may already be far too late...
In Shops: Jul 22, 2015
SRP: $3.50
View All Items In This Series
ORDER SUBSCRIBE WISH LIST