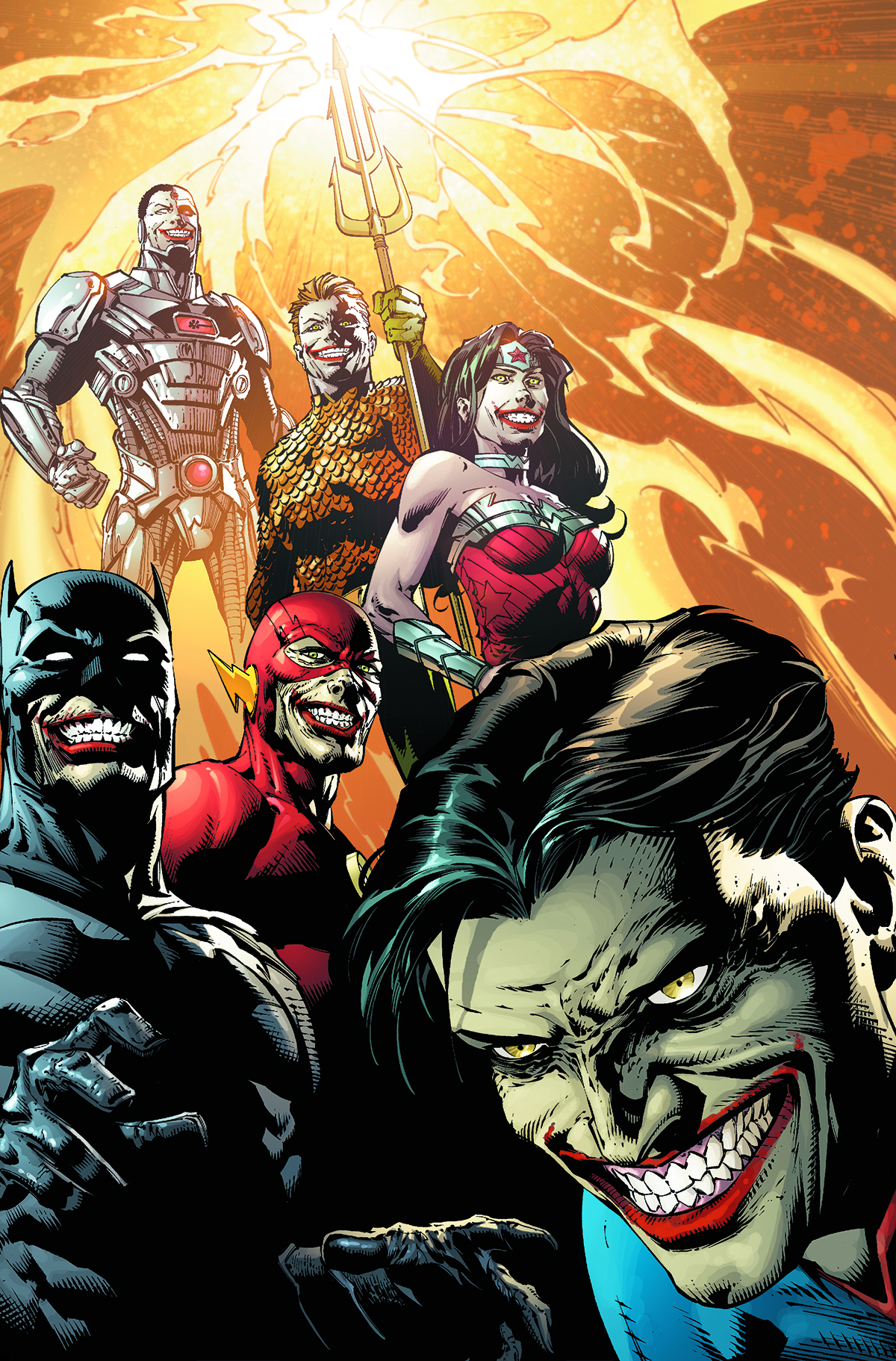 APR150223
(W) Geoff Johns (A) Jason Fabok (CA) David Finch, Jonathan Glapion
The critically acclaimed team of Geoff Johns and Jason Fabok present the much anticipated, extra-sized first chapter of "DARKSEID WAR"! When the Justice League investigate a series of unexplained murders on Earth, it leads them to the frontlines of a war unlike any the DC Universe has ever seen - a battle between the two most powerful villains in existence: Darkseid and the Anti-Monitor! Meet Darkseid's daughter - a mysterious force of evil with a bizarre connection to the Justice League! Plus: The horrible secret of Superwoman's baby! The ultimate temptation of Batman! Lex Luthor vs. Superman - no holds barred! New villains! New allies! And so much more in the DC Event that has been building since JUSTICE LEAGUE #1!
In Shops: Jun 03, 2015
SRP: $4.99
View All Items In This Series
ORDER WISH LIST