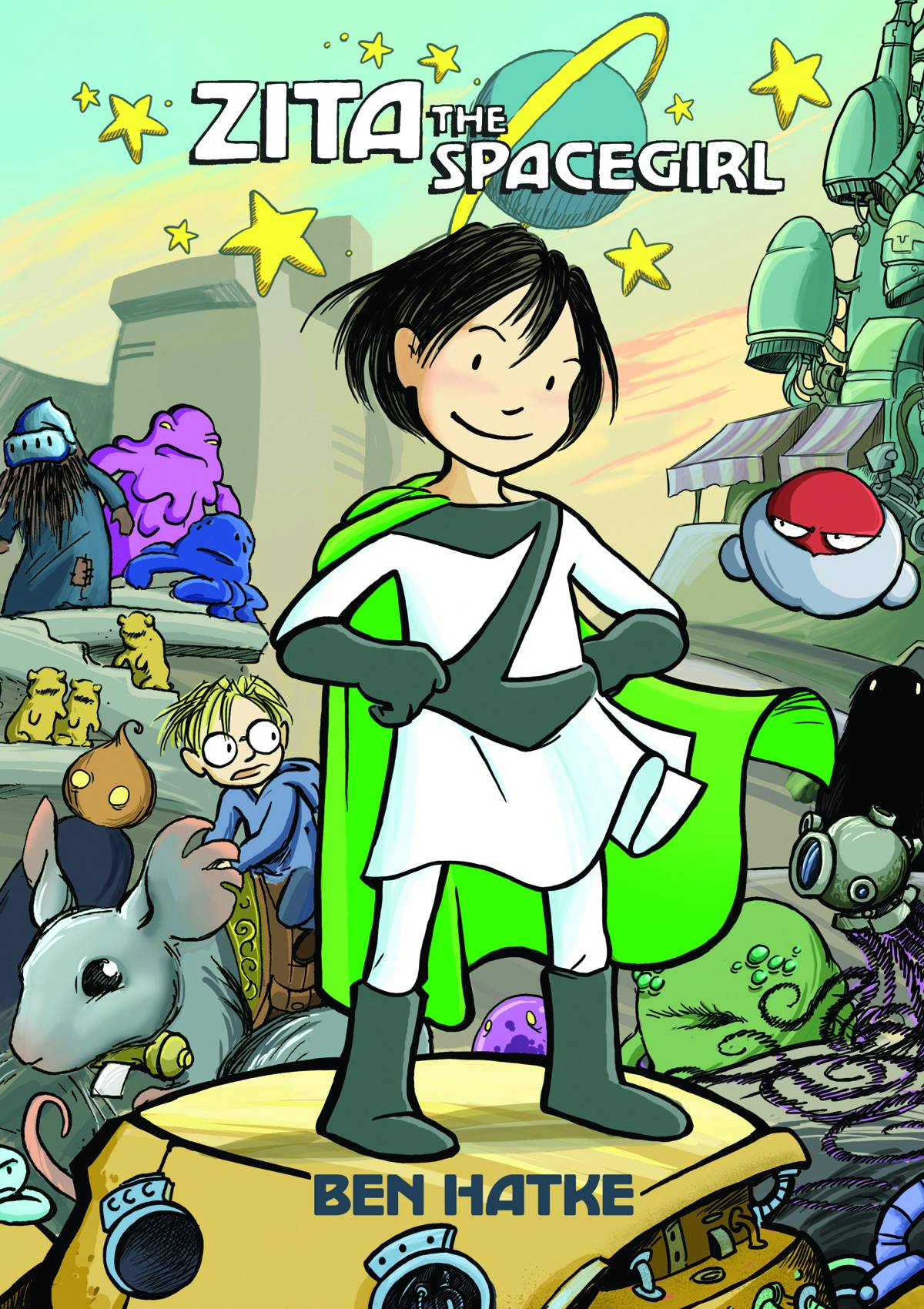 #
APR148267
(W) Ben Hatke (A/CA) Ben Hatke
When Zita's best friend disappears in a puff of smoke, she doesn't even think before dashing after him. To her surprise, she finds herself on a planet she's never seen before. Alien chickens and insecure robots are weird enough as new experiences go, but Zita is more shocked to find herself cast in the role of an intergalactic hero. It looks like there's nothing for her to do but don a cape and officially become: Zita the Spacegirl!
In Shops: Jun 11, 2014
SRP: $12.99
View All Items In This Series