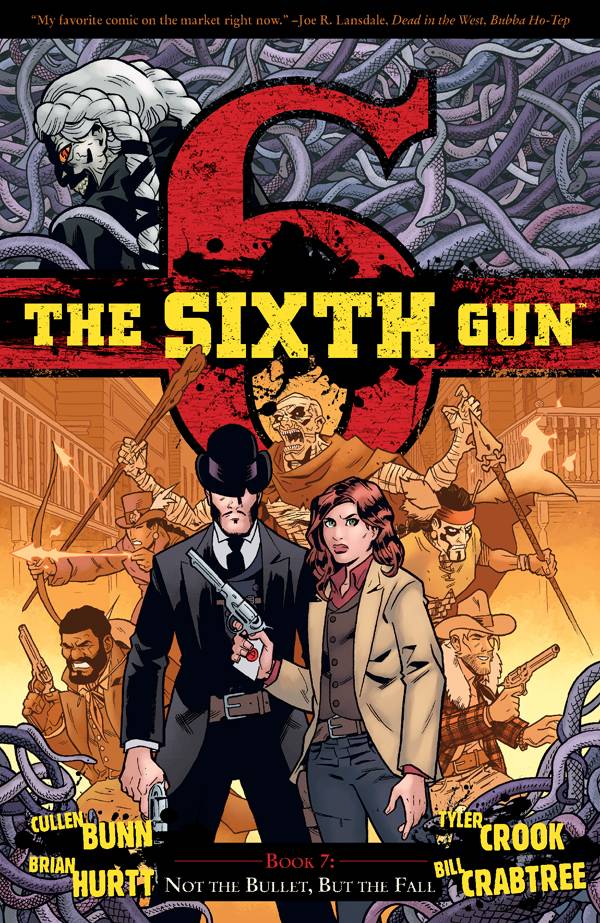 #
APR148006
(W) Cullen Bunn (A/CA) Brian Hurtt
The dogs of war are gnawing at their leashes! The forces of darkness have hounded Becky Montcrief since she first placed her hand on the Sixth Gun. Now, Becky and her allies are taking the fight to their enemies. Their goal-destroy the cursed guns once and for all! But the Grey Witch has plans on her own, and she stages a shockingly brutal counter-attack! The unexpected outcome of this battle will change the fate of the Six forever! This is the beginning of the end!
Contains issues #36-40.
In Shops: Sep 24, 2014
SRP: $19.99
View All Items In This Series