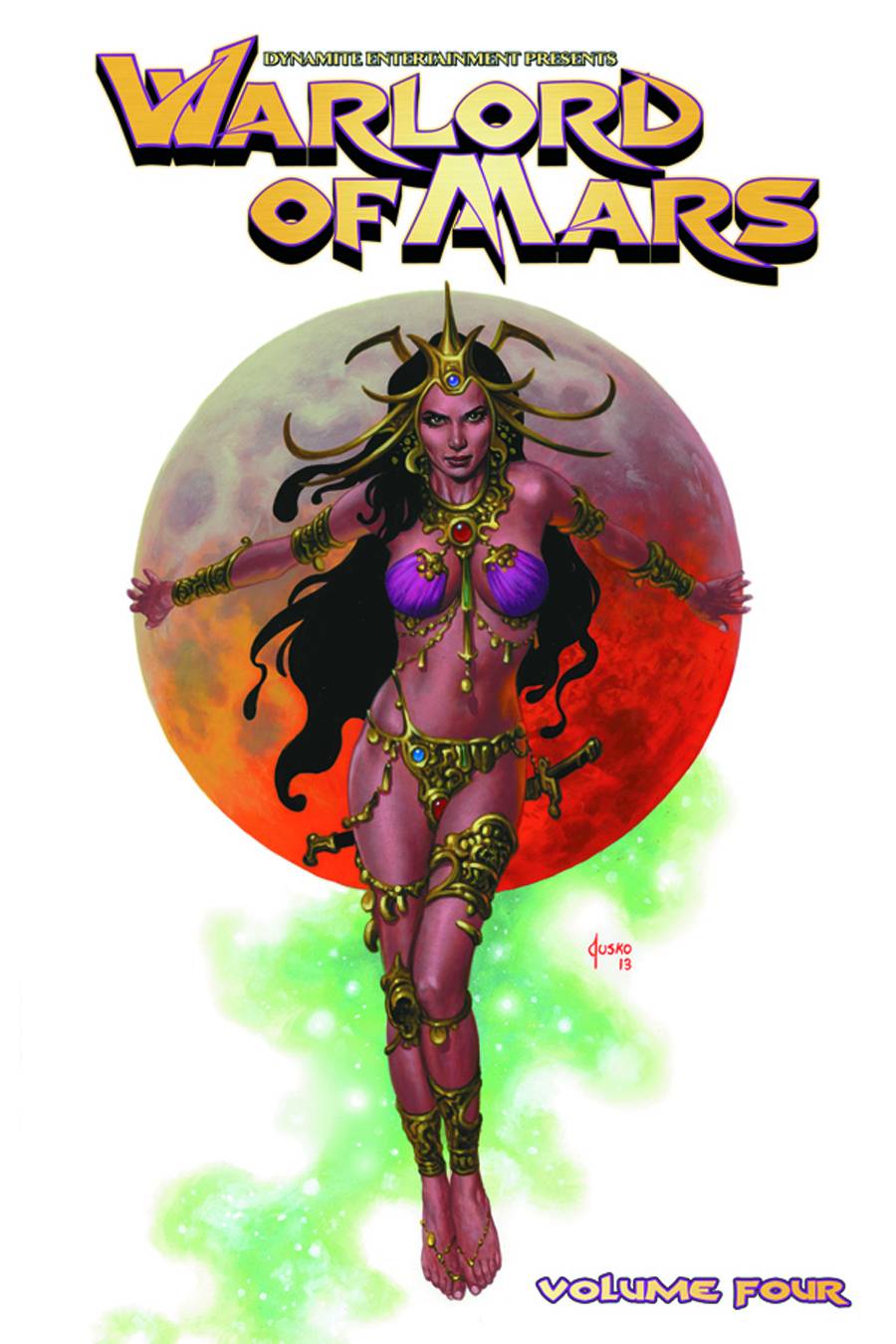 #
APR141148
(W) Arvid Nelson (A) Vicente Cifuentes, Leandro Oliviera, Everton Sousa, Rafael Lanhellas (CA) Joe Jusko
All of Mars is united under John Carter, but forces behind the scenes are plotting to tear the Red Planet apart. A conspiracy threatens to trigger all-out war between the Red Martians and the savage Green hordes - can Carter's most steadfast ally, the mighty Tars Tarkas, overcome his own bestial urges and save the planet? Meanwhile, a beloved figure from Mars's past makes a surprise reappearance, but all is not well, and soon Carter and his family find themselves hunted and on the run. What's John Carter to do? Whip out his sword and start killing people, of course! Two epic tales of betrayal, mystery, romance and action await you in Warlord of Mars Volume 4, collecting issues 26 through 35 of the ongoing series.
In Shops: Aug 13, 2014
SRP: $24.99
View All Items In This Series
ORDER WISH LIST