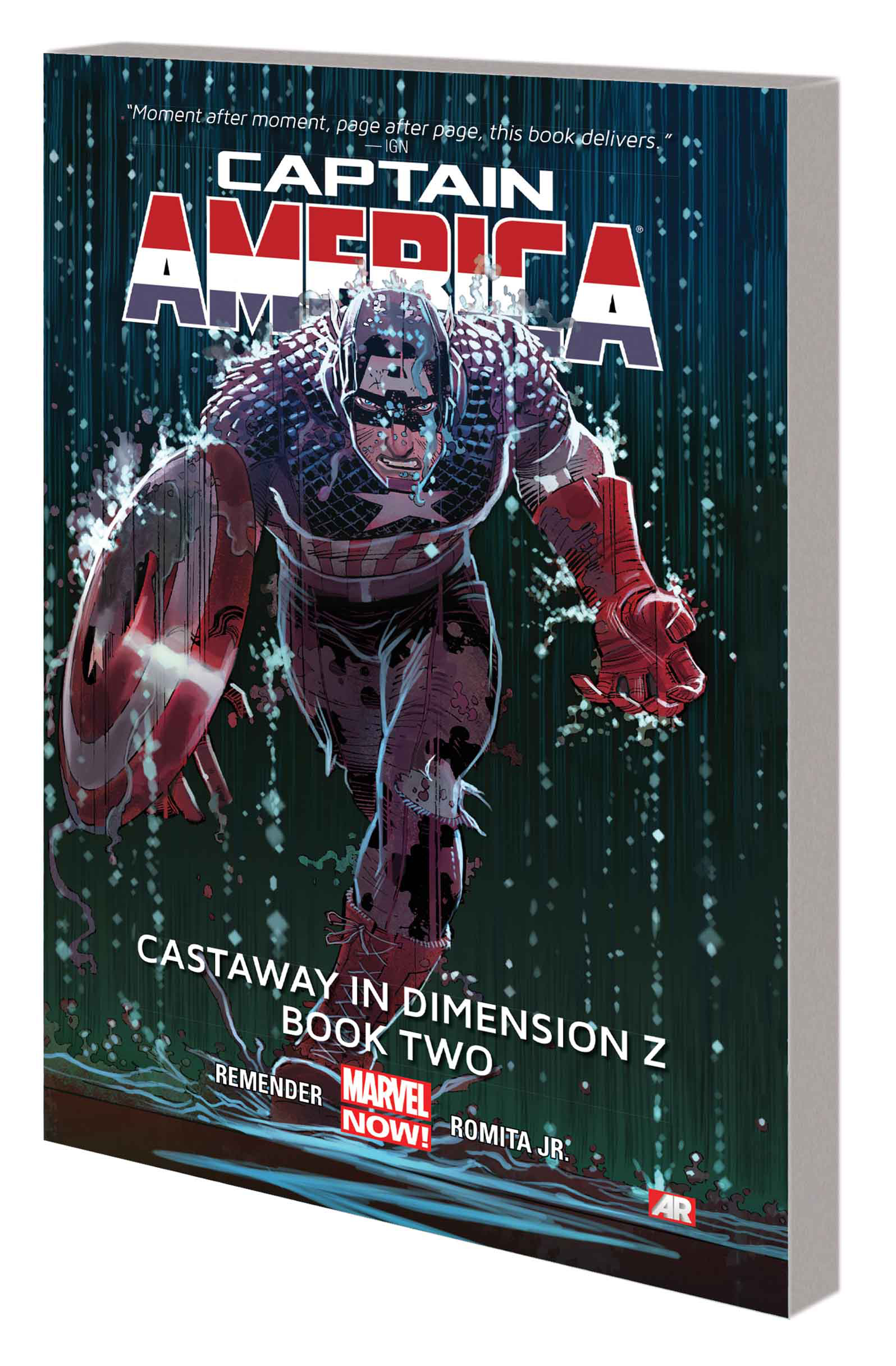 APR140777
(W) Rick Remender (A/CA) John Romita
Captain America has spent twelve years as a fugitive wandering the wasteland of Dimension Z, battling the Zola virus within him and traveling with a boy he has raised as his own. Now, the Sentinel of Liberty brings the fight back to Dimension Z's god-like oppressor Arnim Zola when Cap becomes the last remaining hope for the native species, the Phrox! A lone soldier waging a one-man crusade to stop the spread of Zola's consciousness in this world and his own, can Captain America turn the tide in the odd war of this backward realm? Battling savage mutates, Zola's twisted Captain Zolandia, and even his own adopted son, Steve Rogers stares death in the face and makes the hardest decision of his life when he pays the deadly price...to escape from Dimension Z! Collecting CAPTAIN AMERICA (2012) #6-10.
In Shops: Jul 23, 2014
SRP: $19.99
View All Items In This Series