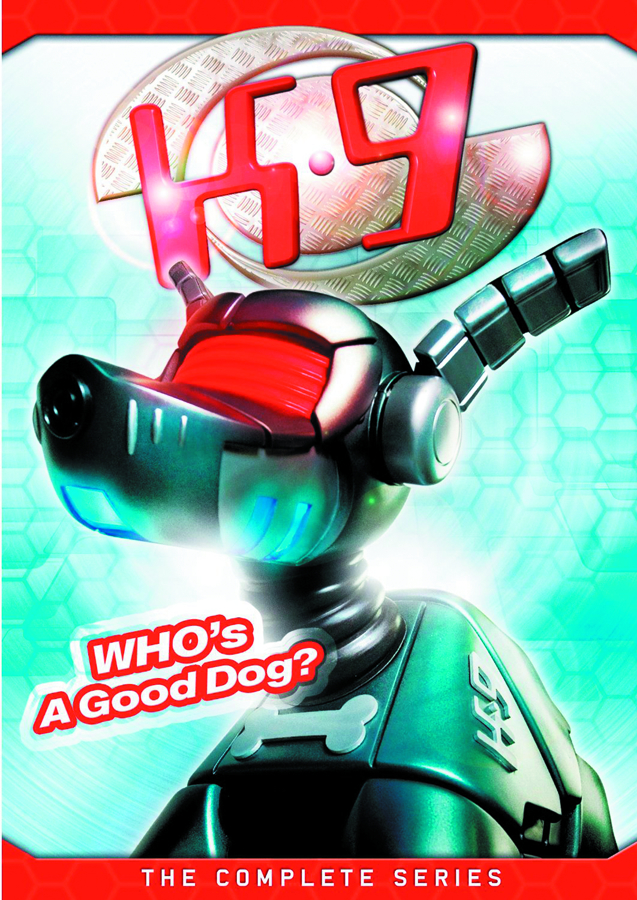 APR132286
From Shout! Factory! This kid-and-family sci-fi/comedy spinoff from the hugely popular Doctor Who series features his longtime robot pet dog, K-9, as re-imagined by Doctor Who creator Bob Baker! K-9 is a cybernetic construct from the 50th century with the appearance of an Earth dog. He travels to the 21st century, arriving at the London home of Professor Gryffen, a renowned scientist working on the Alien Space-Time-Manipulator (STM), which can open a portal to anywhere in space and time. When alien warriors attack Gryffen and two teenagers - Starkey, a homeless rebel, and Jorjie, an intelligent young girl - K-9 self-detonates to save them, but is soon regenerated thanks to a device implanted in his mainframe. The new-look K-9 can fly and has more capabilities than ever before. However, he has lost his long-term memory, and so begins a quest to not only protect humanity but also to discover more about his time- and space-travelling past. Features all 26 half-hour episodes (4 discs), plus a making of features - first time on DVD!