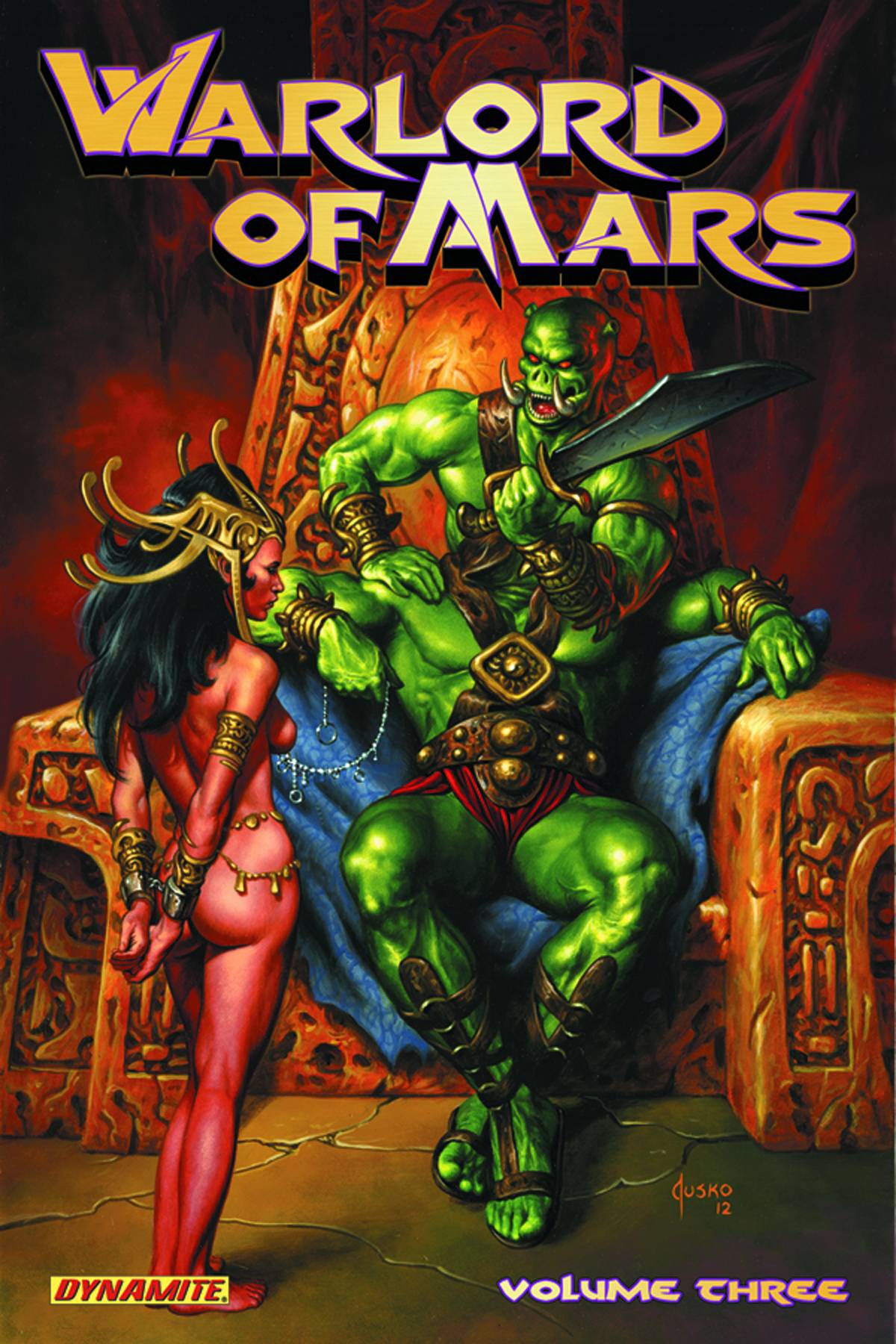 #
APR131057
(W) Arvid Nelson (A) David Sampere, Stefano Martino, Leandro Oliviera (CA) Joe Jusko
John Carter has freed Mars from Issus, the false goddess whose tyranny once ruled the entire planet... but at a great personal cost. Dejah Thoris, his beloved princess, was kidnapped by a renegade priest bent on revenge!  Activating a doomsday device to destroy the fragile Martian atmosphere, the evil Shang flees into the unknown regions of the north. Carter, aided by his son Carthoris and trusted alien pet Woola, must unite the many races of Mars - despite the ages of distrust and open warfare - to avert Judgment Day!
In Shops: Jun 19, 2013
SRP: $19.99
View All Items In This Series
ORDER WISH LIST