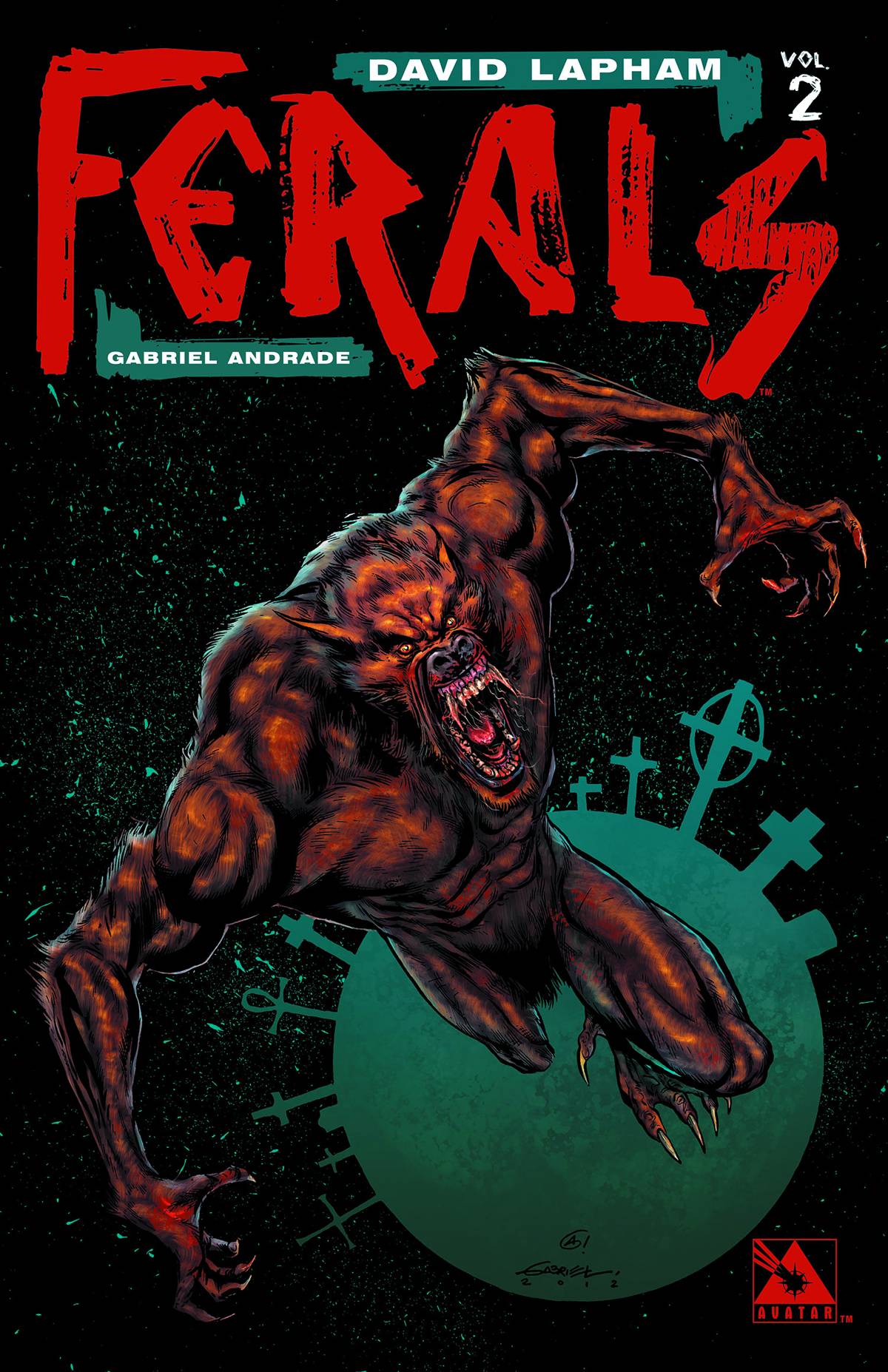 #
APR130872
(W) David Lapham (A/CA) Gabriel Andrade
David Lapham has re-defined the modern werewolf tale in a gripping human drama full of violence, sex, and horror with Ferals! Dale Chesnutt's troubles didn't end in Cypress. Having survived the FBI massacre of the Feral community, he finds himself recruited to help the Bureau uncover a much bigger conspiracy and eliminate the threat once and for all. Teaming up with a female agent posing as his wife, Chesnutt soon finds that the feral blood in him is changing her and driving them to become part of the cursed town. And when a Viking descendant reveals his intent to grow an army of feral wolves and destroy the people that have hunted his kind for centuries, the werewolf conspiracy is blown wide open. Feral wolves, crazed militia, and soldiers collide as the world of the Ferals breaks wide open and into all-out war! The trade collects Ferals #7-12 of the ongoing horror series.
In Shops: Jun 12, 2013
SRP: $19.99
View All Items In This Series