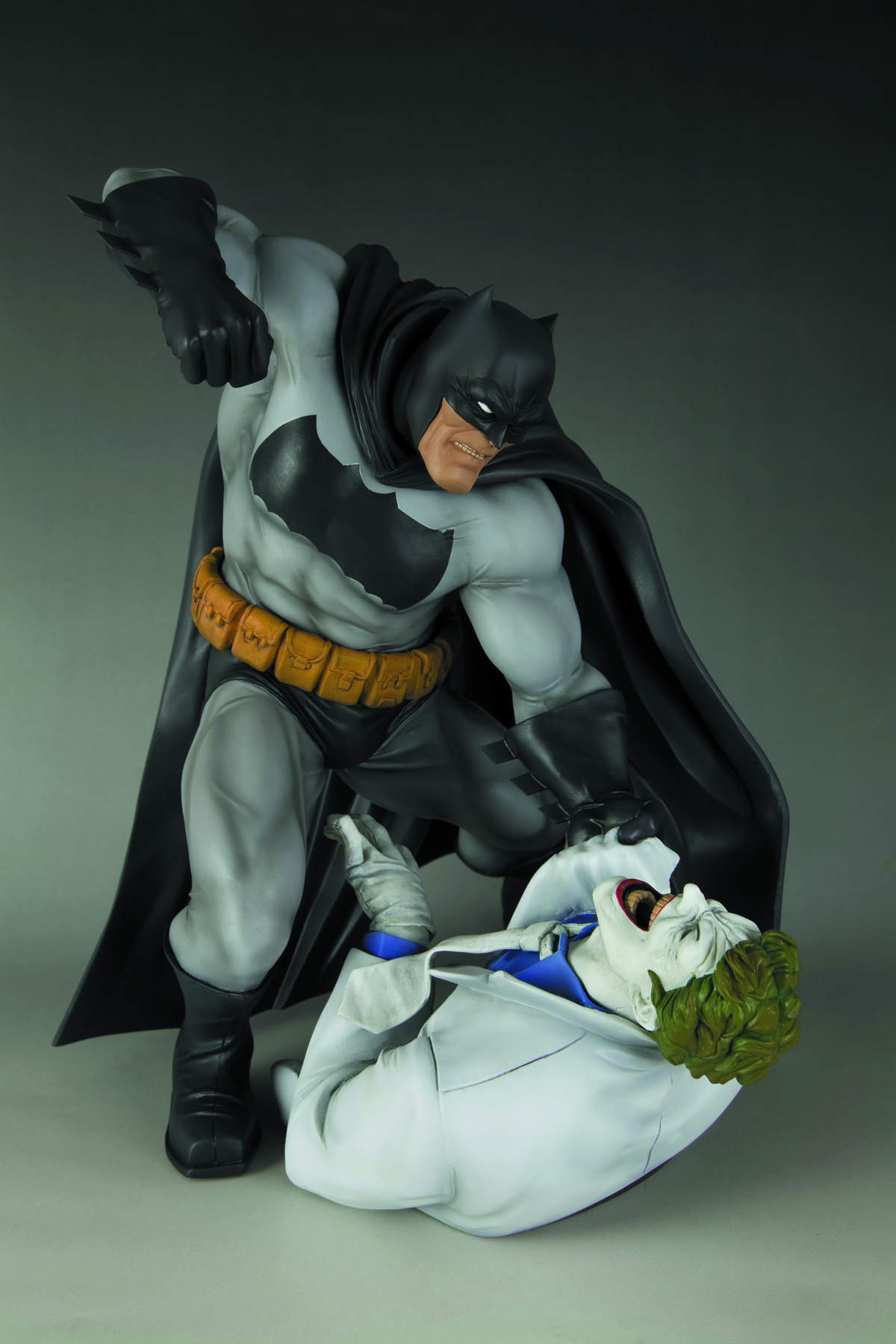 APR121799
A KOTOBUKIYA Japanese import!  As one of the most popular comic book superheroes of all time, it's no surprise that the Dark Knight has appeared quite frequently in Kotobukiya's lineup of DC Comics ARTFX Statues.  And now, Bruce Wayne is back in an incredible reimagining of one of the key scenes in Frank Miller's masterpiece, THE DARK KNIGHT RETURNS BATMAN VS JOKER!  A four-issue miniseries released in 1986, Batman: The Dark Knight Returns tells the tale of a future world in which superheroes have retired.  An older, angrier Bruce Wayne puts on the costume once again to save Gotham City and in the process encounters one of his most hated enemies, the Joker!  Inspired by Miller's gritty style, the duo presents a dark, dynamic vision that'll look great on your shelf.

Frank Miller's Dark Knight Returns Batman is much thicker and heavier than most representations of the character, and that's quite apparent here.  The bulky Dark Knight kneels over the prone Joker, holding him down with one hand on his collar while pulling the other back in preparation for the final strike!  Perfectly recreating the artwork, the statue is intricately detailed with special attention to Batman's powerful musculature, the rumpled clothing of the evil clown, the furious expression on the dark hero's face, and of course Joker's maniacal laughing.  The painting too reflects Miller's artwork with stark colors and bold strokes.

Sculpted by Junnosuke Abe, The Dark Knight Returns Batman VS Joker stands nearly 12 inches tall (1/6th scale) on a special display base that really shows off the action of the scene.  Miller's Dark Knight duo looks great on its own or alongside any of the other dynamic Batman statues from Kotobukiya like the Black Costume ARTFX Statue or the upcoming Batman Dark Knight Rises ARTFX Statue (sold separately)!