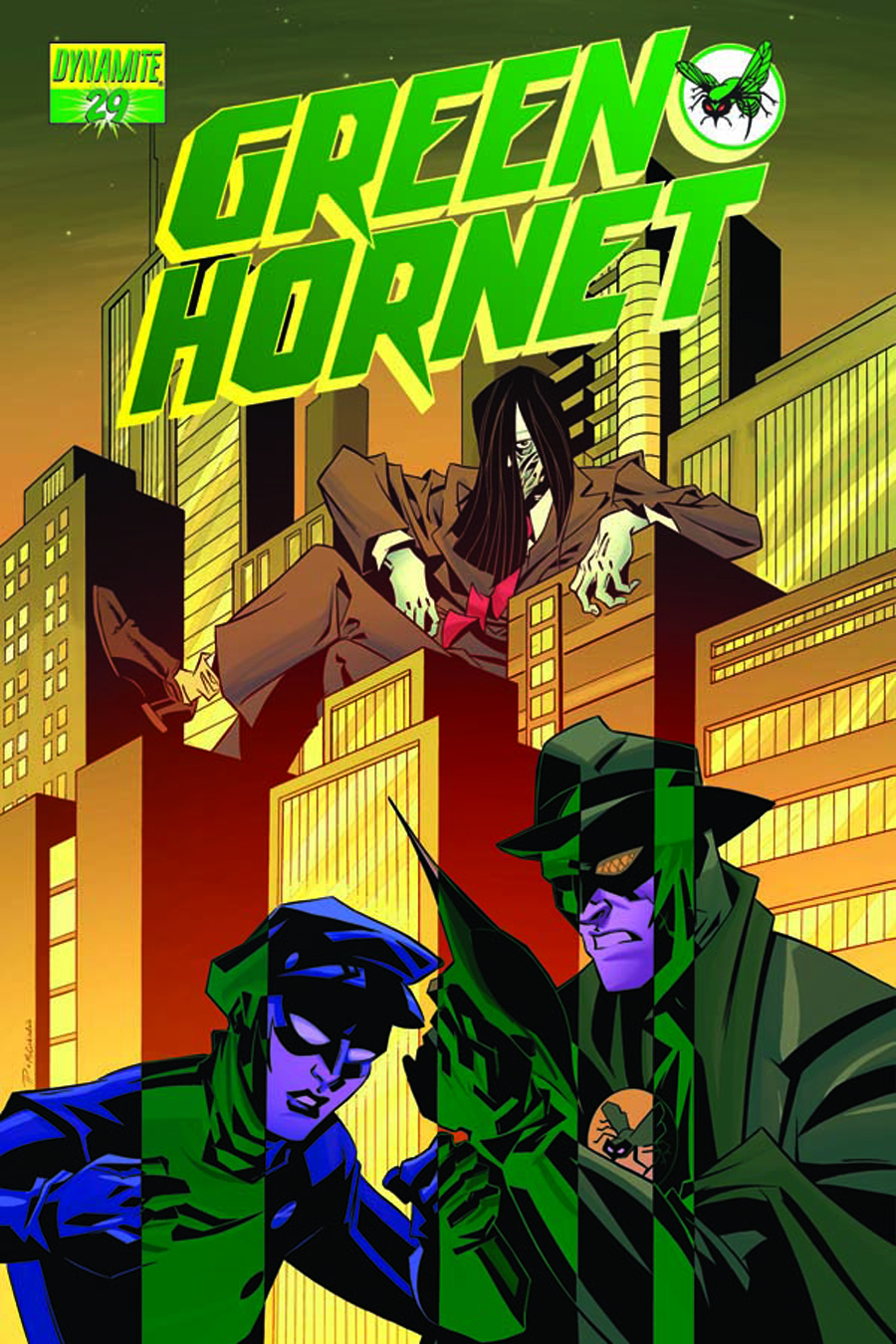 A new criminal mastermind to deal with, a city flooded with high-tech weapons, a new public perception to manage, and a love life that veers wildly from nonexistent to complicated as hell: Britt Reid is a man with his hands full.  Part two of the ARMS RACE arc finds Green Hornet and Kato battling an all-out assault from an imported villain seeking to wipe out all competition and make Century City his own.