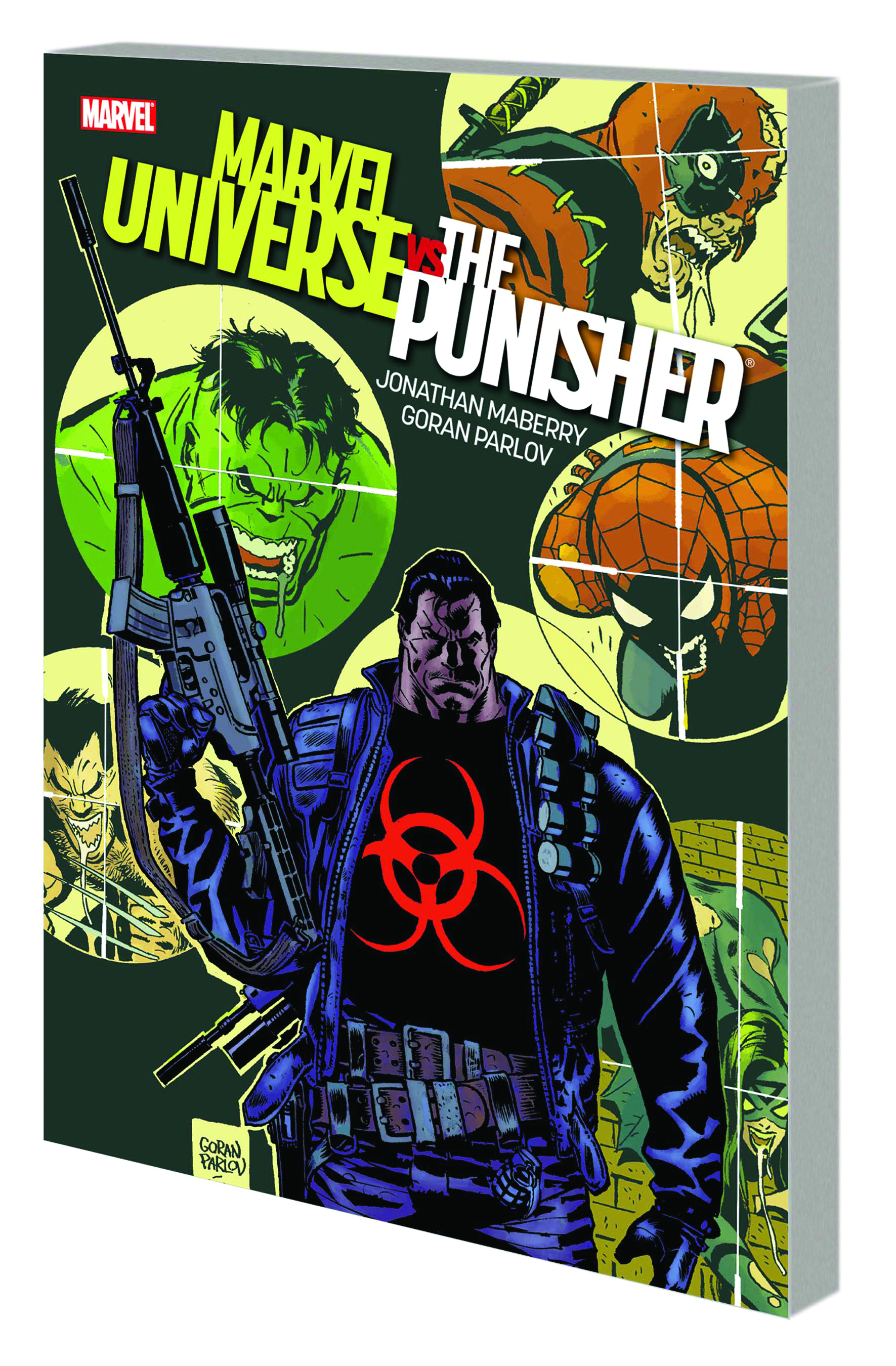 APR110723
(W) Jonathan Maberry (A/CA) Goran Parlov
Written by JONATHAN MABERRY
Penciled by GORAN PARLOV
Cover by GORAN PARLOV
He killed the world - and now he has to save it! In a routine strike on mobsters and weapons dealers, Frank Castle unleashed a dangerous pathogen that has destroyed human society, turning everyone it touches into murderous cannibals. Unfortunately for them, the Punisher is immune. Now, he seeks to wipe out the plague he inadvertently brought on the world. But that means taking out the best and worst the Marvel Universe has to offer - including heavy-hitters like Spider-Man, Deadpool and Venom - all with the lives of what might be the world's last innocent survivors hanging in the balance. Collecting MARVEL UNIVERSE VS. THE PUNISHER #1-4.
112 PGS./Parental Advisory