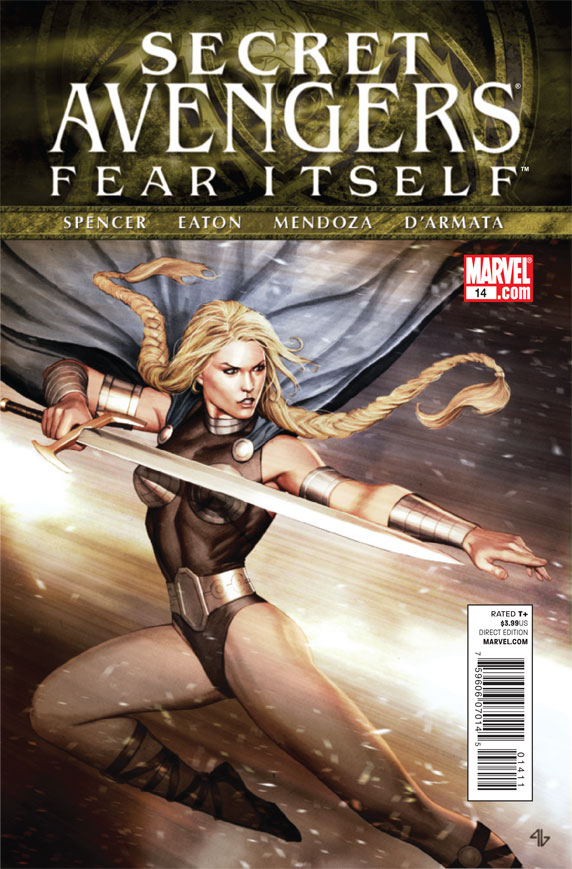 APR110549
(W) Nick Spencer (A) Scot Eaton (CA) Adi Granov
Written by NICK SPENCER
Penciled by SCOT EATON
Cover by ADI GRANOV
I AM CAPTAIN AMERICA Variant by
MIKE PERKINS
FEAR ITSELF TIE-IN!
She is Brunhilde of Asgard, The Valkyrie--once charged by Odin himself with carrying mankind's bravest souls to their resting place in Valhalla. But when the Norse Gods take up arms against humanity, she must choose which side to fight for--and with war raging all around her, the fate of Midgard may be hers to decide!
32 PGS./Rated T+