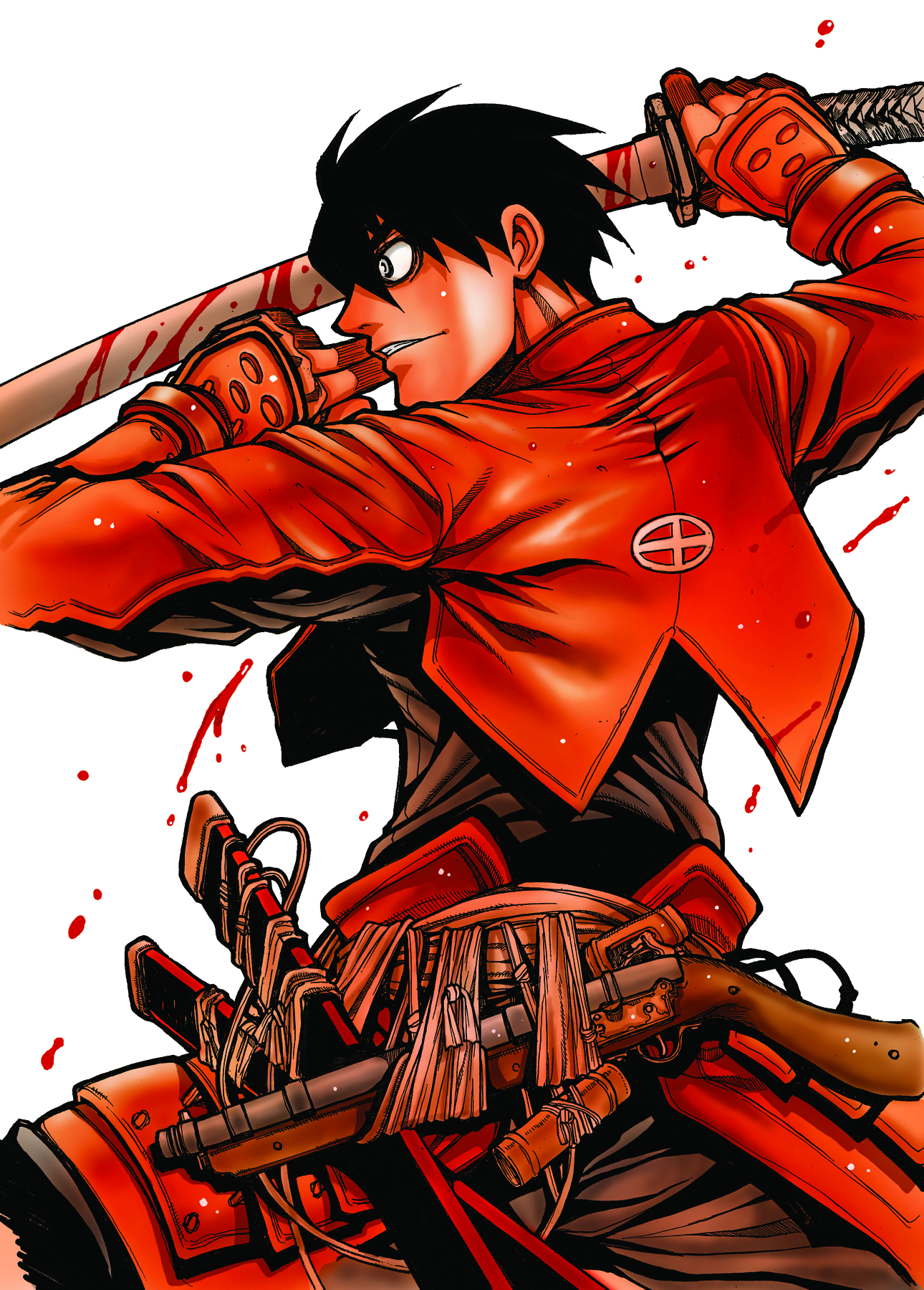 APR110040
(W) Kohta Hirano (A/CA) Kohta Hirano
First he pitted the Catholic church against vampires, Nazis and Great Britain, bathing London in a flood of blood. But Hellsing creator, Kohta Hirano still had something crazy up his sleeve when he created his new series, Drifters.
Imagine a world of magic, full of elves and hobbits and dragons and orcs. Inside this world of magic and wonder there is a great war being waged, using warriors from human history as chess pieces in a bloody, endless battle. Hirano's new concept gathers  famous warriors throughout history and puts them on both sides of good and evil, and then turned them loose in a bloody melee of madness.
In Shops: Aug 31, 2011
SRP: $12.99
View All Items In This Series
ORDER SUBSCRIBE WISH LIST