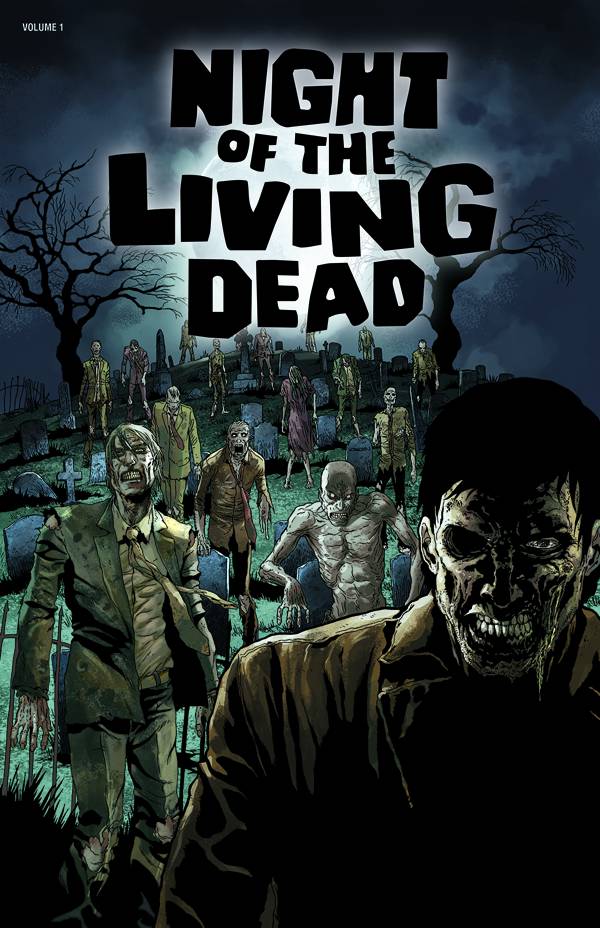 #
APR100765
(W) John Russo, Mike Wolfer (A) Sebastian Fiumara, Edison George, Ryan Waterhouse, Luis Czerniawski, Andrew Dalhouse, Fabio Jansen (CA) Jacen Burrows
A prequel to the original film from the original creator and co-writer John Russo! You've heard the eyewitness accounts and were shocked by the television reports, but now for the first time you'll experience the horrifying events which led to that first Night of the Living Dead! A strange mist brings the unburied dead back to life, hungry for the flesh of the living. This incredible prequel to the blockbuster classic 1968 Night of the Living Dead film gives new insight into many of the film's characters and locations, including horrific encounters at the farm house and Beekman's diner, and introduces, for the first time, the Cemetery Zombie, Sheriff McClellan, the zombie girl Karen, and NOTLD hero Ben.
In Shops: Jun 30, 2010
SRP: $24.99
View All Items In This Series
ORDER WISH LIST