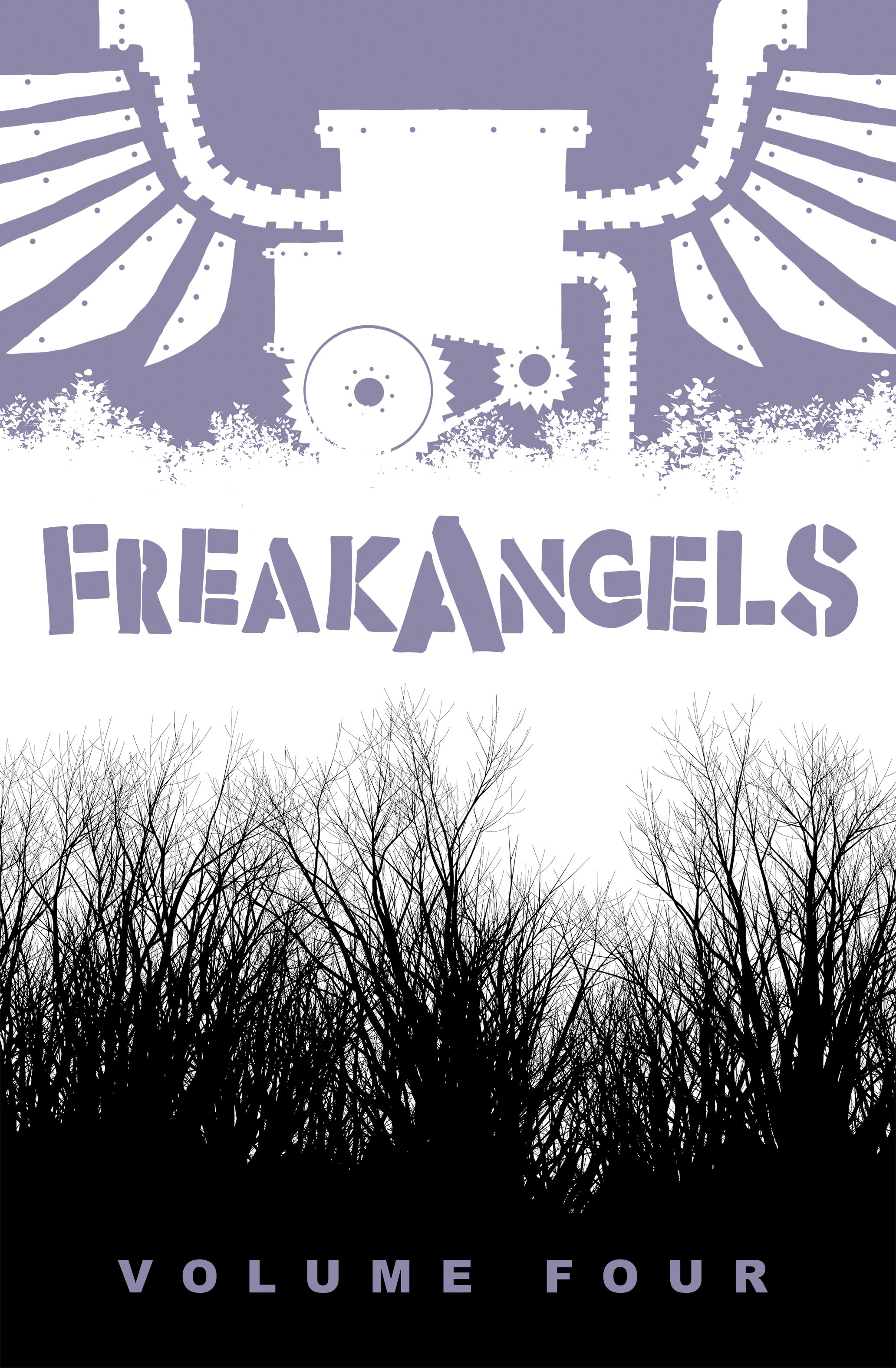 APR100764
(W) Warren Ellis (A/CA) Paul Duffield
Volume Four of award-winning author Warren Ellis' ongoing web comic, FREAKANGELS, is here! This installment collects the entire fourth arc of the post-apocalyptic saga into 144 gorgeous, full-color pages. Twenty-three years ago, twelve strange children were born in England at exactly the same moment. Six years ago, the world ended. Today, eleven strange 23-year-olds are living in and defending Whitechapel, maybe the last real settlement in flooded London. They've made a new friend, and together they successfully defended their home from raiders--but the post-apocalyptic drowned London that the eleven Freakangels survive in is never a safe place, and never surrounded by friends. In fact, there's a serial killer stalking in their midst, and one of their own has broken their most valued rule. In FREAKANGELS: VOLUME FOUR, as the clan faces danger from nearly every direction, it's time to really take a look at what happened six years ago. Back when there were twelve FREAKANGELS. Back when they were all running for their lives.  Because a lot of things have changed, but maybe not as many as they thought...  Ellis' ongoing story of a flooded London is beautifully illustrated in jaw-dropping detail by Paul Duffield, and every page is as much a work of art as it is a compelling and multi-layered story. This fourth collection is also available as a Hardcover edition with an all-new cover by series artist Paul Duffield that is limited to just 2000 copies, and a Dual Signed Hardcover edition, limited to only 1000 copies, signed by both Warren Ellis and Paul Duffield!