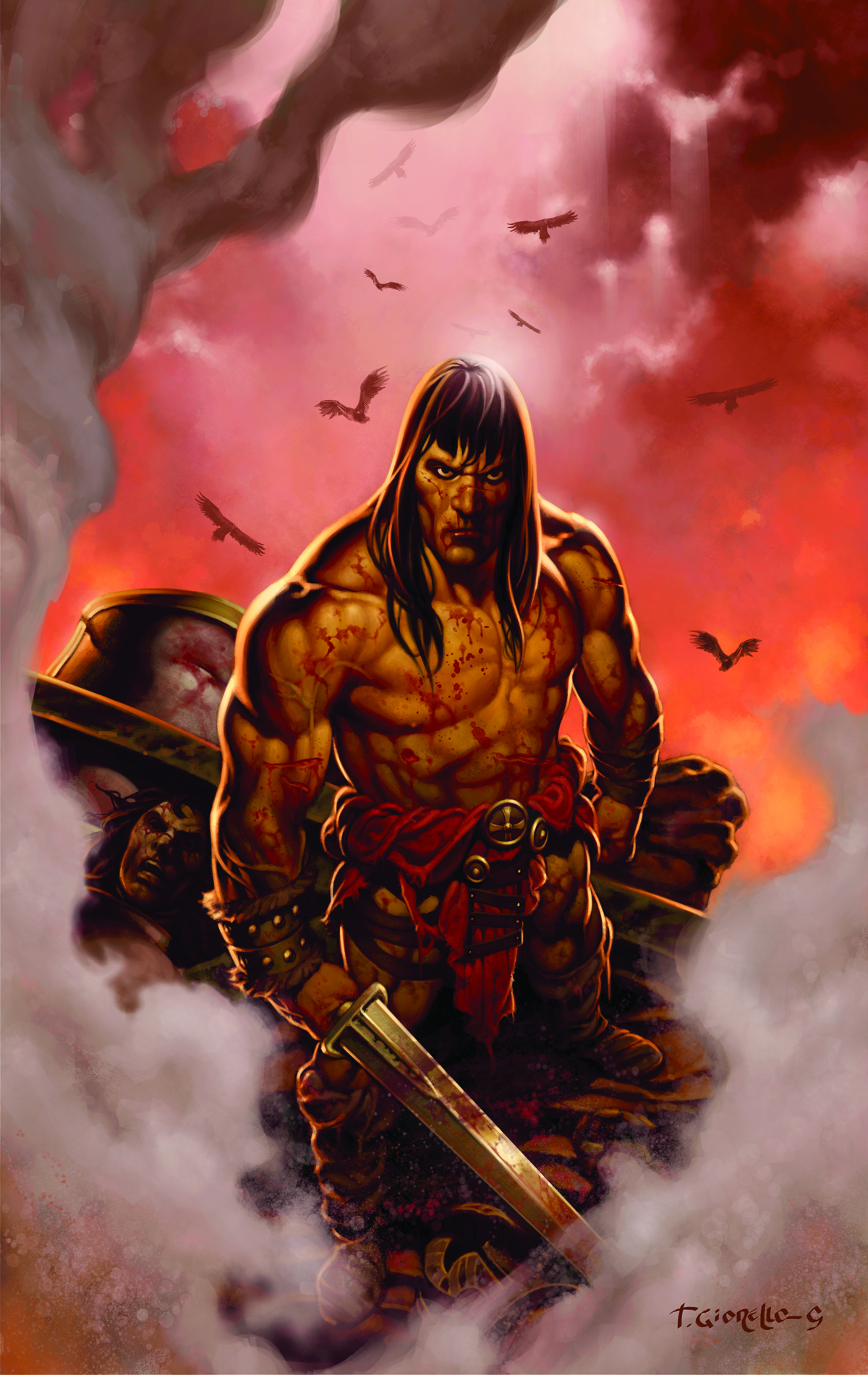 Eluding their torments from Turan, Conan and Olivia seek to hide out on a small island in the Vilayet Sea, but they soon find themselves stalked by an unseen terror in the jungles and threatened by a group of pirates belonging to the Red Brotherhood. A centuries-old curse also haunts the island and threatens the lives of everyone on it! After surviving the massacre at Ilbars Stream and spending the ensuing weeks on the run, Conan still finds himself using his wits and survival knowledge to endure hardship and dangers. Olivia, the lovely former princess of Ophir, was rescued from slavery by Conan last issue-and she may be in a position to return the favor sooner than she'd like!

o Iron Shadows in the Moon adaptation part 2 (of 4)