Got It Covered: Meet the Next Generation of the Kubert Family 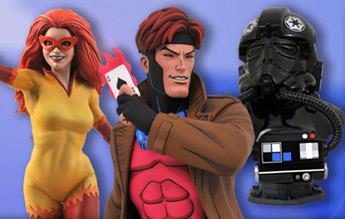 PREVIEWSworld ToyChest has your official release list of toys and other pop-culture merchandise on sale November 3rd at your local comic shop!