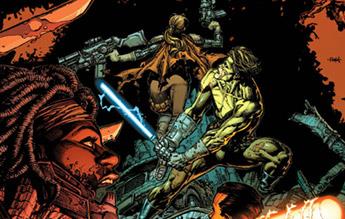 Image/Skybound revealed today that the acclaimed duo of Robert Kirkman (The Walking Dead, Invincible) and Jason Howard (Big Girls) will reunite for the first appearance of their new series C.O.D.E in Skybound X #5.