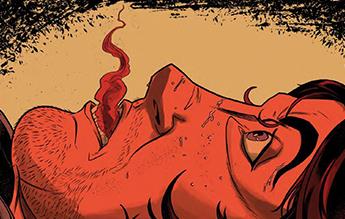 Is this real? Or is there more to this labyrinth than what resides within the walls? Secrets are revealed, history is retold, and death is the only mercy.

Kevin Smith's Masters of the Universe Comes to Comic Shops in July
Jun 17, 2021

The World of ‘Black Hammer’ Gets a Little More Unbelievable
May 25, 2021