Mangapedia Part 6: The Queens of Shojo

Super Mario Manga Mania is Getting an English Release from Viz 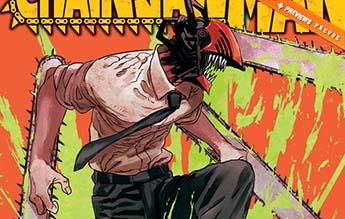 With the power of a devil inside him, Denji's become a whole new man-Chainsaw Man! For older teen audiences.

The Trek Through 'Monster Hunter World' Continues At Your Local Comic Shop
Aug 25, 2020