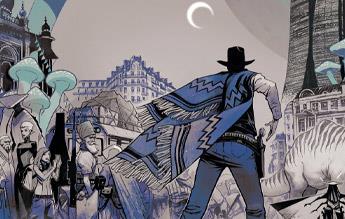 The hot new series Decorum by Jonathan Hickman (House of X, Powers of X, East of West) and Mike Huddleston (Middlewest, House of X) is being rushed back to print by Image Comics in order to keep up with growing customer demand.

The Walking Dead Series will be in Full Color for the First Time this October
Jul 20, 2020