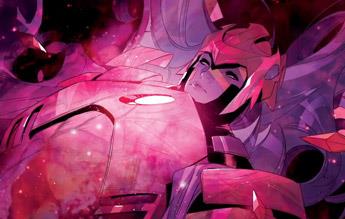 See the trailer for a new sci-fi epic from writer Al Ewing (Immortal Hulk) and artist Simone Di Meo (Mighty Morphin Power Rangers), about one man’s unrelenting quest throughout space to discover the truth—no matter where it takes him. Available in stores September 2020.